Posted By Amy Spreeman on March 6, 2018 in Spiritual Formation
Share 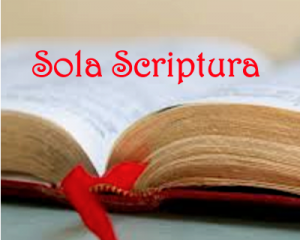 What is the difference between the spiritual transformation that happens through the Holy Spirit, and the Spiritual Formation movement that swept through our churches a few years ago?

The difference is night and day. I remember talking about this with the late Ken Silva in 2012. He helped me understand that the Spiritual Formation movement provided the platform and a channel through which mystical practices began entering many different evangelical and traditional denominations.

Unfortunately, this type of experience has moved many believers into an unbiblical, mystical form of Christianity. It’s based on the premise that if we do certain meditative practices and ancient rituals, we can be more like Jesus and find God within ourselves.

Following along the wide path away from Sola Sciptura are those who’ve been soaked by the Latter Rain movement, which shape-shifted into the New Apostolic Reformation (NAR), or Prophets and Apostles movement. Like the Emergents, these folks will tell you that the Bible is nice, but God wants you to know Him on a more intimate level. And He wants you focused not on a bloody cross, or sin, or the resurrection, but on living your wild, big, unordinary dreams for Him.

The bottom line of all forms of mysticism is the idea that Sola Scriptura, the sole authority of God’s Word over any other spiritual influence, is somehow not satisfying. And so we abandon Sola Scriptura in favor of experiences. And this is how that first little hole in the bottom of the boat begins to manifest. The leaky waters of uncertainty begin to seep in, until it washes away our faith in the Truth of who God is.

One of the most common mystical practices is a “Christian” form of transcendental meditation called Contemplative/Centering Prayer (CCP). This was neither taught by Jesus nor practiced by His disciples. It actually spawned from Richard Foster and his Emergent Village friends, who claimed that the “church fathers” practiced these things. (Note: These monks who abused their bodies in order to experience a higher consciousness are not your church fathers. Your church fathers are the leaders in the New Testament who followed Christ, knew Him personally, and carried His message to the world.)

Where are the Emergents and the Latter Rain leaders now? They have fulfilled 2 Timothy 3:2 — men will be lovers of self, they and are under strong delusion causing them to follow the false and deceptive visions from their own minds (see—Jeremiah 14:14).

As Ken warned people, anyone who persists in this turning away from the sure anchor of Sola Scriptura in favor of a subjective spirituality is on a sinking ship. And the tragic fact is those who join them will actually think that it is the will of God.

Discernment: What’s Love Got to Do with It?
The Apostle Mary Magdalene — More Christo-Feminist Madness