Posted By Amy Spreeman on October 29, 2016 in Women and the Church
Share 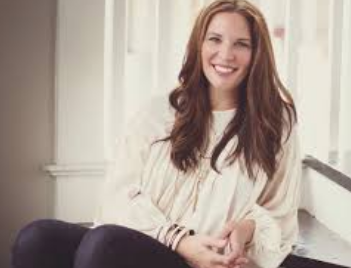 Many, MANY churches have latched on to some of the most dangerous teachers in Christendom, and you’ll find the worst of the worst in the studies your women are doing.  We’ve been warning women’s ministries about several such teachers, which you can read more about in the links at the bottom of this article. One in particular is Jen Hatmaker. This past week, the famed author made a huge public affirmation of homosexual relationships. In the days that followed, LifeWay Christian Books pulled all of Jen and Brandon Hatmaker’s products from their shelves.

The Southern Baptist chain stated Thursday that the author’s statements “contradict LifeWay’s doctrinal guidelines,” and it has discontinued selling her books in its 185 stores or online. Spokesman Marty King said:

In the past, LifeWay Christian Resources published several resources with Jen Hatmaker. In a recent interview, she voiced significant changes in her theology of human sexuality and the meaning and definition of marriage—changes which contradict LifeWay’s doctrinal guidelines.

I wonder if LifeWay has similar guidelines for the false doctrine pushed in other popular books it sells?   After all, is Hatmaker’s gay affirming stance worse than misrepresenting the nature and character of God, and obliterating Sola Scriptura, as so many other authors do?

Hatmaker’s statement was made in a recent article on RNS, in which Hatmaker was interviewed by Jonathan Merritt, who asked, “Politically-speaking, do you support gay marriage?”

From a civil rights and civil liberties side and from just a human being side, any two adults have the right to choose who they want to love. And they should be afforded the same legal protections as any of us. I would never wish anything less for my gay friends.

From a spiritual perspective, since gay marriage is legal in all 50 states, our communities have plenty of gay couples who, just like the rest of us, need marriage support and parenting help and Christian community. They are either going to find those resources in the church or they are not.

Not only are these our neighbors and friends, but they are brothers and sisters in Christ. They are adopted into the same family as the rest of us, and the church hasn’t treated the LGBT community like family. We have to do better.

And almost immediately, this: 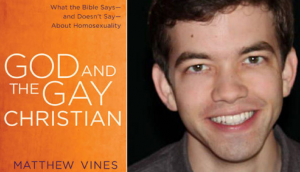 “Big news today: Jen Hatmaker, a bestselling Christian author and a leading figure among evangelical women, has announced that she affirms same-sex relationships!”

That’s the big headline from Matthew Vines, author of God and the Gay Christian, this evening. In an email to his Reformation Project friends and supporters, Vines points his readers tothe biggest endorsement of all: That Hatmaker believes LGBT relationships can be holy.

Hatmaker came out months ago in support of homosexuals in the (visible) church. See, Jen Hatmaker: “Christians should open wide their churches to LGBT community”.  Matthew Vines is excited not because Hatmaker affirms sin, but because she has now stopped calling homosexuality sin. Vines says that’s a big change from two years ago, when Hatmaker wrote her widely-shared blog post articulating her compassionate but non-affirming stance on same-sex relationships:

“While clearly loving in intent, it still hurt for many of us to read that she saw our relationships as sinful. But in recent months, Jen has become increasingly outspoken about her passion for LGBT dignity and inclusion, and with her statements today, she becomes one of the highest-profile evangelical leaders to affirm same-sex relationships.” 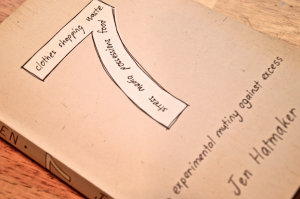 Hatmaker is the darling of many a Christian women’s conference, and is the author of some very troubling books that have found their way into women’s ministry. (See: 4 Concerns about Jen Hatmaker’s Teachings, and another slew after reviewing her “bible study” book that dips into sorcery: “7: An Experimental Mutiny Against Excess”).

“This is a very big deal,” Vines says of Hatmaker. “I hope and expect that we’ll hear more from her in the weeks and months to come, and that she’ll explicitly affirm bisexual and transgender people as well. She’ll likely get a lot of blowback for her statements affirming same-sex relationships today, so let’s thank her for standing with us.”

Pastors, can we finally once and for all purge Hatmaker’s anti-biblical influence from your women’s ministries?

20 Responses to Pastors, it’s time to audit what your women are studying