Pastrix Christine Caine from heretical Hillsong Church Australia is a teacher that the serious Christian should steer clear of.  In spite of the fact that Caine teaches ubiblical word-faith/prosperity theology and engages in New Age practices, she has been a featured speaker for Louis Giglio’s Passion conferences and has preached with prominent Reformed pastor John Piper. (Here and Here)  Piper, who holds to a complementarian view, has received a lot of heat for sharing teaching duties with a woman who claims false teacher Joyce Meyer as her mentor.  Elizabeth Prata of The End Times lays out six reasons why Caine must be avoided like the plague. 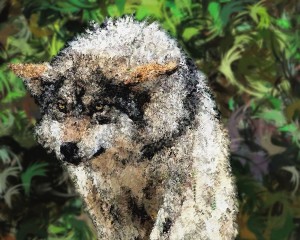 1.  Christine Caine engages in New Age practices condemned in the Bible, such as this “impartation” described in the link. (Acts 8:17-20, Matthew 6:9, Isaiah 57:8, Revelation 9:21). Simon the Magician tired to grab the power of the Spirit the wrong way and he was cursed for it.

2.  Christine Caine usurps male authority and rebels against the clear word of the Bible
She is an ordained pastor and functions in that capacity. Worse, she enjoys teaching young women to step into leadership roles that scripture forbids and is unashamed to say so. (1 Timothy 2:12; Revelation 2:20)

3.  Christine Caine is part of the rise of the Feminine Church of Eden. (Revelation 2:20).

But what we see with most of these women that are rising in popularity is what appears to be a female dominant role in their personal marriages. Beth Moore regularly travels to speaking and teaching engagements without her husband, as well as these others. Christine Caine is an ordained pastor of her “church” in Australia, and also regularly speaks and travels without her husband. Husbands aren’t overseeing their wives’ writings and teachings, and any attention that they pay to their wives’ work is not through the lens of Scripture. 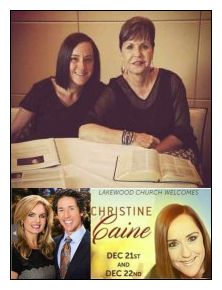 5.  Christine Caine is a member-leader in a doctrinally heretical word-faith church. (1 John 1:6-7). Or, as SBTS President Dr Al Mohler put it, a prosperity movement for millennials that minimizes the Gospel content and diffuses a presentation of ‘spirituality’ instead.

What shall we do if we see a sister following these false teachers? Warn them, lovingly. If needing to a second time, warn them lovingly again, seasoning your speech with salt. If they persist despite the warnings and either don’t have a husband to oversee them, have no proper oversight from a husband who has abdicated his duty, or who just are or are married to a discernment klutz, then various scriptures say either to admonish them strongly a third time and/or to break fellowship. Breaking fellowship might seem a hard thing to do, but remember, if a sister persists in her sin or won’t hear you after giving them the scriptures, that means they have already broken fellowship with Jesus.  Continue reading

Excerpt: The only thing we can suggest you are about to hear is something you would expect a clairvoyant to say. Christine Caine treats the bible in this sermon in a similar way how a clairvoyant will speak vague things into a persons life as though they are predicting a persons fate/destiny.

Read out White Paper on the Word of Faith Movement

How to Understand Crazy Humanists: Watch TV
No We Are Not All God’s Children

107 Responses to Six reasons not to follow Christine Caine