Posted By Marsha West on November 24, 2015 in Ecumenicism
Share

Southern Baptists will not be amused at what their president is doing.  Seems he is leading that denomination down a very slippery slope.  The Pulpit and Pen has the report: 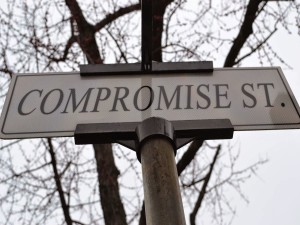 Last week I reported on Southern Baptist president, Ronnie Floyd, participating in the Onething Conference put on by the apostate IHOP (International House Of Prayer) Church, founded by New Apostolic Reformation “prophet” Mike Bickle. I even went out on a limb and speculated that he may be attempting to unite the Southern Baptist Convention with the organization, since he has a similar religious worldview with them. Just when I thought this rabbit hole couldn’t go any deeper, it has been brought to my attention that this event will be strongly pro-Roman Catholic.

It’s as though we Southern Baptists are in a twilight zone of sorts. Martin Luther, John Calvin–all the men who put their lives on the line, or martyred themselves to separate from Rome–these great Protestant men would be turning over in their graves. It’s bad enough that prominent SBC pastor Rick Warren, and ERLC leader Russell Moore took to the Vatican last year to participate in a largely political event backed by co-belligerence. I, along with most Protestants, strongly opposed that too, but that is small potatoes compared to this.

This large ecumenical conference taking place at the end of December, 2015, is largely geared toward young adults, and is touted as a gathering of worship and prayer–a “revival” of sorts to “encounter” Jesus. According to their website, this is their primary agenda:

Our primary aim is to encounter Jesus, so that we might go forth to do His works and change the world, until the fame of Jesus fills the earth.

Now, we already knew that Roman Catholic worship leader, Matt Maher, was going to be leading the music at the event. But what I didn’t know, until recently, is that the event will be holding a Catholic Track every afternoon at the event. According to their website, here’s what will happen during this time:

The Catholic Track will take place during the afternoon sessions for four days (Dec. 28-31) and it will include praise and worship, teaching and sharing plus ministry time, chanting Vespers and other forms of prayer. Daily Mass is available at 12:15pm across the street (one-minute walk) at the Cathedral of the Immaculate Conception. Mornings and evenings will be spent together with the other 20,000 young adults attending the conference through extended times of worship, teaching, and ministry.    Continue reading