Posted By Amy Spreeman on September 9, 2015 in Islam
Share

Remember when your pastor said that “Glocal” was a thing? You know; a combination of global and local – and how the Church needed to view Glocal as a way to spread unity in the Body. 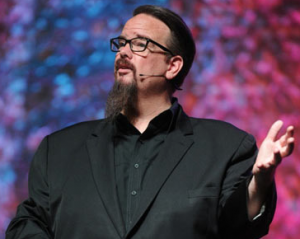 Glocal was indeed a thing in about 2007 for seekermergent churches that pursued a missional, transformational paradigm. It is said that author Bob Roberts came up with Glocal in his books, Transformation: How Glocal Churches Transform Lives and the World and Glocalization: How Followers of Christ Engage the New Flat Earth.

Less than a decade later, we have Ed Stetzer speaking at the upcoming “Spreading Peace Convocation,” put on by  Glocal, a syncretistic muti-faith group whose purpose is to bring Christians and Muslims together.

Lifeway – a Southern Baptist entity – will soon have their (arguably) most prominent executive speak at a Muslim-Evangelical interfaith event. Ed Stetzer, Vice President of Lifeway Insights Division and executive director of Lifeway Research, will speak at the upcoming Spreading Peace Convocation. The Convocation is a gathering of Christian pastors and Islamic imams, and is designed – according to their website – to “learn how to relate” and “build bridges” between the various religions.

The Spreading Peace Convocation is co-sponsored by Glocal, a syncretistic “muti-faith” organization that desires to bring together Christians and Muslims for cooperation on social justice and humanitarian issues. Glocal’s twitter account can give you good insight into the organization’s goals and “vibe” that seems more similar to the Huffington Post religion column than anything resembling the Southern Baptist Convention. Retweeting Barrack Obama on race relations, tweeting photographs of pastors and imams bowing their head in prayer together (as though they were praying to the same God) and joint statements from events like the Spreading Peace Convocation between pastors and imams asserting all their religious similarities is the basic gist of what Glocal is about.

One Response to SBC Executive Speaking at Muslim-Evangelical Interfaith Gathering