There is no doubt that the influence Bethel Church in Redding, California has on its global networks is one your own church may well be a part of, either knowingly or not. We have many research links on this site to help you learn more, along with articles on Bethel, and Kris Vallotton.

Churchwatch Central has been posting a series on Bethel Church, where pastor Kris Vallotton is beginning to be more bold in how he displays is unbiblical theology.  Understand that the “You are Little Gods” theology is from the Word of Faith movement, which has been blended expertly by those at Bethel Church into a New Apostolic Reformation cocktail poisoning the modern church around the world.  Here is part of Churchwatch’s article, and I encourage you to read the entire post on their site: (And yes, we stand by CWC’s assessment of Dr. Michael Brown, who has proven to be a proponent and a part of the NAR.) 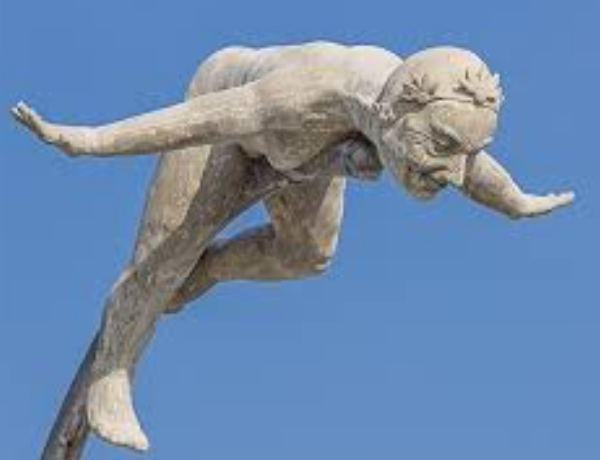 Did you know that Kris Vallotton, (good friend of Dr Michael Brown), claims Christians are ‘little gods’? (And why should Dr Michael Brown care since he too believes in this New Breed/Little Gods heresy that Vallotton teaches?)

Time and again, Michael Brown endorses some of the most dangerous NAR Apostles and NAR Apostles in some of the largest and most dangerous cults who are perverting Christianity for their own selfish means. We say this in light of Bethel’s heretical NAR New Breed heresy. (The basic concept behind this teaching is that humans are actually divine.)

Bethel can be quite subtle in pushing this blasphemy, other times they are blatant. On his website in 2016, Kris Vallotton advertised the following sermon titled ‘Your Identity as Sons of God” which he gave at Bethel.

“Most believers have no idea who they are called to be. We are called to be sons of God and we ought to behave as such! Check out this video on your identity as sons and daughters of God.

For more on this subject, check out my book Supernatural Ways of Royalty.

Are you walking in your true identity? Tell me about it in the comments below.”

Source: Kris Vallotton, DO YOU KNOW WHO YOU ARE?, KrisVallotton.Com,

In the above sermon on his website, Vallotton claims we are little gods. But listening at his sermon, we need to consider how he came to such a bizarre belief? On the website Vallotton says,

“For more on this subject, check out my book Supernatural Ways of Royalty.”

We actually have this book ‘The Supernatural Ways of Royalty’. It is endorsed by all of the following NAR Apostles:

The introduction not only teaches the false NAR Dominion Gospel that Jesus, “the Captain of the Host conquered the devil” in Hell, the introduction proceeds to teach that heaven wasn’t “just waiting for rescued souls to be redeemed, but for the crowning of the sons who were to be revealed.” That is a paraphrase of the manifest sons of God heresy which often quotes Romans 8 out of context:

“For with his blood the Holy One of Radiance purchased rotten, ragged sinners and recreated us into His righteous, reigning Saints.” pg. 18.

Note: Bill Hamon is another Apostle who calls the day of the arising New Breed, ‘All Saints Day’. Vallotton goes on to say:

“We are not just soldiers of the cross, we are heirs to the throne. The divine nature permeates our souls, transforms our minds, transplants our hearts, and transfigures our spirits. We were made to be vessels of His glory and vehicles of His light… Alternatively, we may be called the Children of God, the Engaged Bride, a Royal Priesthood, the Apple of His Eye, and a New Creation.” pg. 18

Note the language and concepts being promoted. Vallotton is promoting the Spirit of Adoption/Sonship heresy which naturally progresses people onto believing the New Breed heresy. This heresy teaches how believers can manifest on earth as gods (or little Jesus’) (Click here to read more in this.) Vallotton’s error becomes more clear as he such starts using Latter Rain and Dominionist language as he continues his train of thought:

“His Royal Army is spreading the King’s glory all over the earth as we take dominion of this planet back from the defeated one. […] Armed with the power of the Holy Spirit and commissioned to re-present the King’s Son, we are healing the sick, raising the dead, and displacing devils.”

However, he ends the intro with this:

“Paupers are becoming princes as a result, and the kingdom of this world is becoming the Kingdom of God!”

Vallotton has defaulted back to the heretical ‘Kings Kid’ theology.

NOTE: This heresy teaches people that they are little gods in human flesh. The reason why they have for a long time gotten away with this blasphemy is because this teaching was called the Spirit of Adoption or the Spirit of Sonship since the 1970s (aka Kings Kids). It was this Kings Kids mentality in the 70s that caused teachers like Joyce Meyer, Creflo Dollar, Benny Hinn, Kenneth Copeland and many others teach we are little gods in the 80s and 90s.

In his attempt to hide his New Breed heresy in this book, he claims that he received this ‘Paupers to Princes’ teaching from a direct revelation from God at the witching hour (pg. 21-24).

And as a Prophet of God, Vallotton wants to teach you how God wants you to live like a Prince or Princess and not a pauper or castle tramp:

“The goal of this book is to share the revelation that the Lord has given me… I pray that you come along with me on this journey you will discover your identity as a prince or princess and begin to experience all the benefits of living in the King’s palace!” (pg. 24)

His teaching are as old as the New Order of the  Latter Rain (NOLR) movement. He is not saying anything new. He is simply pitting a deified New Breed of Christian against Christians. So you can start to see how Vallotton’s King’s Kids theology back in 2006 has led him to believe today how we are little Gods.

If you have any doubts, go to his website and watch the entire sermon ‘Your Identity as Sons of God’.

In the sermon footage, Kris Vallotton claims that Christians are ‘little gods’. In the typical fashion of false teachers, he attempts to convince Christians his position is not extreme (“we’re not Mormons.”). So he KNOWS exactly what critics are thinking he is claiming. Nevertheless, he takes Psalm 82 (the very scripture Jesus used to denounce the religious leaders of his day), to make the claim “you were created a little lower than the angels. But when you got born again, the angels serve you, now you became heirs of salvation in which the angles serve.”

Combine that with Bill Johnson’s claim as to why he thinks one of his “primary jobs is to teach Christians how to realize and spend their inheritance” and you begin to see how Bethel leadership holds to the belief that believers are all ‘little gods’ on earth through being “born again.”

He then promotes the Spirit of Adoption/Sonship heresy to justify we are Gods because just as Jesus is the son of God who knew the Father, we are sons of God who know the Father.

There is much more of this transcript. Read the entire article here.

15 Responses to Kris Vallotton “You are gods”