Posted By Amy Spreeman on February 17, 2017 in Leaving the NAR Church
Share

“After their prophecies, visions, and declarations were all proven false, not a single one of them apologized to the grieving father or repented of their vain and powerless deeds.“

Carter has watched his dear friends fall hard for the counterfeit promises of a most dangerous deception. He has allowed me to share his story as part of a series on the practices and beliefs of the New Apostolic Reformation, or NAR.

This is Carter’s story in his own words: 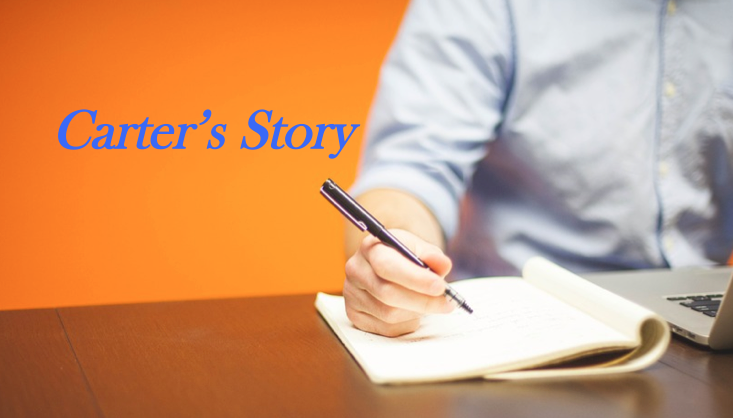 By the grace of God, I only dipped my toes in the fetid NAR waters, but the NAR has devastated churches I used to attend and friends I still hold dear.

When I first got saved as a teenager, I attended a small non-denominational church in my hometown in Northern California. It didn’t take me too long to notice that many of the kids in my youth group had only a veneer of Christianity, behind which they lived much as they always had.

Sometime during my senior year at high school, I started attending the meetings of the Christian club on campus. This group was led by a few students who seemed to have a genuine affection for God, and their zeal was contagious. I found out where they went to church and started visiting there. It was a Pentecostal church, part of one of the older Pentecostal denominations.

The church services had the usual Pentecostal flavor – lively worship, tongues-speaking, and “words of knowledge”. Looking back, I now realize that attending that church was an unwise decision, not because the people were bad or the theology was off, but because I had judged between my old church and my new church based solely on appearances. The worshippers at the new church sang loud, raised their hands, prayed for healing, spoke in tongues – their faith just seemed more genuine. I had chosen religious experience over doctrine, and, sadly, that would be the way I evaluated churches for many years to come. Not long after I switched churches, my whole family started attending the new church as well. I would be part of one Pentecostal church or another for the next 24 years.

Now, much of the doctrine at my church wasn’t all bad. Pentecostal trappings aside, the doctrinal statements of the denomination were actually very conservative. I even attended the denominational bible college, where I learned proper hermeneutics and how to exegete a passage of Scripture. But I hadn’t learned how to be a practical Berean.

Fast-forward a few years. After completing my bible college education, I moved back to my hometown and went back to my old church. A few years later, I got my first taste of Latter Rain heresy and hyper-charismania. Our pastor invited a guest speaker to our annual family camp. I don’t remember his name. What we didn’t know was that he was coming as an ambassador of the Toronto “blessing”, complete with people being slain in the spirit, experiencing “holy laughter”, and being encouraged to “go deeper”, goaded by campers fanning their hands toward one another and repeating “more, Lord” over and over. I even experienced “holy laughter” once myself. But shortly thereafter, our family moved back to Southern California. And even though we attended a church in the same denomination, it hadn’t experienced the “blessing”. That was my last personal experience with the NAR/Latter Rain movement.

Eight years later, we moved to a different part of California, a very rural and sparsely populated part. After a few years, we ended up at a community church of the non-Pentecostal variety. Had there been a viable Pentecostal church in the area, I’m sure we would have attended there, but there wasn’t one. I now thank God for our time at that non-denominational church, because while we were there, we were spared from the increasing error that crept into the Pentecostal churches during that time. Safe in our isolated, cessationist church, we remained ignorant of developments elsewhere.

Somewhere along the way I discovered Facebook. I reconnected with many of my old and dear friends from my years in Pentecostalism. I began noticing these friends consistently liking posts made by certain ministries and teachers. One that came up regularly was Kris Vallotton. So about two years ago, intrigued by something Vallotton said that didn’t seem quite right, I started doing a little research (which research eventually led me to Pirate Christian Radio), and discovered that Vallotton is a demonstrable false teacher.

There was a domino effect – Vallotton lead to Bethel Redding, Bethel to Bill Johnson, and Johnson to the NAR. Even in my most ardent Pentecostal years, I understood God’s standard for prophecy: 100% accuracy, and for me the implications of that standard were clear. The NAR prophets had been wrong – many times – and as far as I was concerned, that invalidated their entire ministry (contrary to what Dr. Michael Brown says about “true prophets” prophesying falsely).

As I dug deeper into the NAR movement, which I had never heard of until then, I saw that the NAR’s reach was far and its grasp was powerful. The church I had attended while in bible college had become a full-blown NAR outpost, complete with a vision-casting pastor and pastrix. I was mortified to learn of the extent of the NAR’s corruption of the charismatic/Pentecostal movement. But what really broke my heart is what the NAR, specifically Bethel Redding, had done to my home church in Northern California.

From the Facebook posts, I gathered that many people in my home church had left to join an Assemblies of God church in the same town, only the church had been rebranded with a seeker-friendly name and Bethel-style worship, theology, and emphasis on the supernatural. They even had their own “school of supernatural ministry”. Most of the staff was formerly at Bethel or at its BSSM. At least two other churches in the area were similarly assimilated into Bethel’s sphere of influence. Several months later, I got to see the rotten fruit of Bethel’s influence on full display on social media.

A dear friend of mine, now firmly in the Bethelite camp, experienced a terrible tragedy. His son suffered an accident and lay in a coma for a week, with no brain activity, until he was taken off life support. During that week, the father’s Facebook feed was flooded with hundreds of posts, many of which included “prophetic words” and declarations that the son would live. One post even included a video clip of a worship leader at one of the Bethel-esque churches “praying” after announcing that it was “kind of fun to do the impossible,” he prayed for the young man in a coma, saying, “you will live and not die says the Lord” (emphasis mine).

But the young man died, so that worship leader was a false prophet, as were all the other people who had prophesied that the man would live. Their visions were self-delusions, and their declarations were vain imaginations. After their prophecies, visions, and declarations were all proven false, not a single one of them apologized to the grieving father or repented of their vain and powerless deeds.

Since that ugly event, I have observed other family members and friends sharing content on Facebook from other NAR and Elijah List false prophets, Word of Faith megachurch false teachers, and seeker-friendly narcigetes. I have tried reasoning with some of them, but their replies usually run along the lines of “but they have been a blessing to me.” Once again, religious experience trumps doctrine.

So my experience has been different from some that have been shared so far; I wasn’t really saved out of the NAR movement, but rather spared from it thanks to my isolation in rural America. But I have nonetheless been affected by the NAR, thanks to their shipwrecking of the faiths of those whom I love. The NAR is unspeakably twisted and evil, and those in the Pentecostal and charismatic movements, already inclined to put stock in miracles, healings, and extra-biblical revelation, are particularly susceptible to its wiles. I pray for those reading this that you will remain firm in the faith once delivered to the saints and contend for it, as we have been instructed in Jude’s epistle. If you are a member of one of these NAR-type churches, I pray you will get out now while you still can.