Posted By Marsha West on April 18, 2016 in Discernment, Women and the Church
Share

I’m going to go out on a limb and state that Anne Graham Lotz is not someone Christian women can trust to teach them the Bible, as she has demonstrated that she does not rightly handle the Word of Truth. (2 Tim. 2:15)  My saying this will surely upset women who believe that Anne’s a solid Bible teacher simply because she’s Billy Graham’s daughter and Franklin’s sister.  Bud Ahlheim of Pulpit & Pen offers many reasons for not taking her teaching seriously.

But before I get to that, for those who are unaware of –or doubt–Mrs. Lotz’s decline into “hermeneutical road kill,” I’ve provided several articles at the bottom of the page that make it clear that the path she’s on is decidedly unbiblical. 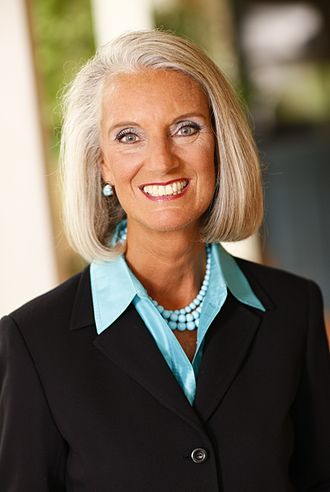 While discernment is a mandated chore for every Christian, one that can only be finely honed by the Spirit-illuminated study of Scripture, sometimes it doesn’t take a whole bunch of that skill to recognize the smell of hermeneutical road kill that’s trying to be passed off as spiritual barbecue.

Such is the case with Anne Graham Lotz. That she has parlayed her father’s almost hallowed name within evangelicalism into what some see as a reputable “ministry” is probably no surprise, especially when viewed from a, shall we say, more pragmatic fiscal perspective. That hers is a “reputable” ministry, one “rightly handling the word of truth” (2 Timothy 2:15) is another matter altogether. Then, of course, there’s the even more fundamental question, “Should SHE even be doing this?” (1 Timothy 2:12)

In any case, Lotz has a nifty name for her endeavor that, no doubt for her, is imbued with significant spiritual meaning – AnGeL Ministries. You’ll note, in what can only be seen, perhaps, as divine providence, that the word “angel” is built around her monogram. Neat-o, huh?

Lotz, though, has a substantial history of “imbuing” things with spiritual meaning that, most often, represent bonafide violence to both the text and tenor of Scripture. She ought to imbue less, methinks, and abide more in the Word.

From Lassoing Baptists With Wiccan Prayer Circles by promoting a Jewish Mystic to now emphasizing a prophetic “word from the Lord” about the woeful spiritual condition of America, Lotz has made herself into a modern day prophetess.

From her own website, Lotz, in April 2015, advised her followers that, as a result of studying the Book of Joel, and because “the messages almost made the hair stand up on the back of my neck,” (always a valid hermeneutic) she was certain Jesus “is soon to return to take all His followers to heaven.” You may ask how she knows this. “Because God was clearly warning that His judgment is coming on America and on our world, and it’s going to be ugly. I knew it then, and I know it now.”  (God was, you understand, talking about America back there in the days of Joel.  Try to keep up, okay?)

Okay, well, hmmm. Yes, we are told, by Jesus, no less, to be ready. “But concerning that day and hour no one knows, not even the angels of heaven, nor the Son, but the Father only.” (Matthew 24:36)  Well, Lotz didn’t prophesy a date and time, so maybe she’s in the clear on this one.

But, “it’s going to be ugly?” Sadly, for many people, the righteous wrath of God as He judges sin will be ugly. It will be ugly, terminal, and eternal. But not for believers, since we tend to believe that we have been justified by grace alone through faith alone in Christ alone. Any warnings of ugliness should be to motivate us to “preach the Gospel,” not shudder in fear of a judgment for which Christ has paid our ransom.

Lotz points out the ugliness in her 2015 blog because she wanted to offer “a prayer I have written personally for each of the 9 days,” … “for those who sign up.” The “9 days” are the dates she identifies as May 15 – May 23, the days “between the Day of the Ascension of Jesus and the Day of Pentecost.” You see, those have “traditionally been days of prayer and fasting for an outpouring of God’s Spirit.” Oh, yeah, sure.

Most believers understand the Pentecost event from Acts 2. What most tend to disregard is that this event was not the only “outpouring of the Holy Spirit” recorded in Acts. Similar events occurred with each of the geographic people groups Christ included in Acts 1:8. An outpouring occurred in Jerusalem and Judea with Jewish believers. (See Acts 2) It also occurred for the Samaritans and “God fearers.” (See Acts 8:14-17; Acts 10:44-48, Acts 11:13). Finally, it came to the Gentiles, notably under the ministry of the Apostle Paul. (See Acts 19:1-7)  Plus, that last outpouring?  Yeah, it was the last outpouring.  Not something happening in our day.  Continue reading

Open Letter to Anne Graham Lotz Regarding The Circle Maker

Christian celebs want to unite the Body of Christ with…wolves?

See our White Paper on the occult-sorcery

11 Responses to LOTZ … Of Nonsense