Posted By Marsha West on January 10, 2018 in Charismatic, Discernment, Evangelical, Women and the Church
Share

Blogger, author and book reviewer Tim Challies asks: What themes do you think will be prominent among Reformed people in 2018?

In the following blog post, Challies offers his own ideas and addresses his top three, beginning with “Further Defining Complementarianism,” the view that God calls men, not women, to be the leaders in the home and the church. (1 Tim. 2:12). Those who hold this view insist that women cannot be pastors. Not surprisingly, women having authority over men has become a highly contentious issue in the Church; thus it’s #1 on the list.

So now to what Tim Challies believes are going to be the top three challenges for the Reformed Church in 2018: 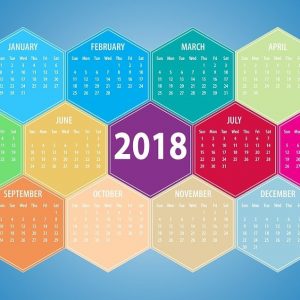 For good or for ill, 2017 is in the rear view mirror and a new year is upon us. As we set out into 2018, I find myself pondering some of the issues that may be especially pertinent to Reformed Christians in the year ahead. I am no prophet (see number three below), but do keep my ear to the ground, and am willing to predict a number of issues that I think will prove prominent.

So, here are three themes I predict will prove important for Reformed Christians in 2018.

In 2018, Reformed Christians will further define complementarianism. Complementarianism is, of course, the view that God created men and women to be complementary in both form and function. In this view, God calls men, rather than women, to take leadership roles within the home and church. This theology has been associated with this Reformed resurgence from the outset, but was initially assumed to be complete, a kind of fait accompli as defined in John Piper and Wayne Grudem’s tome Recovering Biblical Manhood and Womanhood. But it’s not so simple.

In the past few years we have witnessed many challenges to Piper and Grudem’s understanding and application of the doctrine. Some challenges have come from people who deny the core principles of complementarianism, but many more have come from people who affirm them. Some wish to nuance certain emphases while others wish to massively expand its boundaries to include, for example, women who preach as long as they do so under the authority of male leadership. This year will bring discussion, clarity and, unless we are patient and charitable, potential splintering.