Posted By Marsha West on September 15, 2018 in Discernment, Evangelical
Share

According to Julie Roys, all Christians must take the blame for the scandals–and there are many–plaguing the Church. With homosexual pedophiles being publicly “outed,” the Roman Catholic Church and its current pope have a whole host of problems to deal with and lot of ‘splainin to do.  There are plenty of scandals these days, and evangelicals have had their fair share, too.  Roys’ tackles what’s going on in the evangelical community: “From scandals involving Bill Hybels to Mark Darling to Sovereign Grace Ministries and Bob Jones University, it’s clear that we have our own problems.”

Indeed we do.  Problems abound in the RCC and evangelicalism as well. So, is there a solution to all the “issues” in the visible Church? Roys believes there is.  You ask, “What are the solutions?” Keep reading… 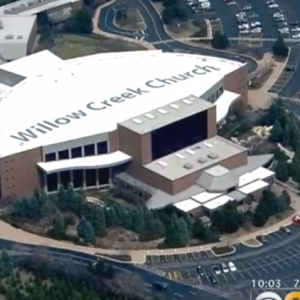 The Catholic sex abuse scandal is revolting. That Theodore McCarrick sexually abused seminarians is horrific enough. But reports that the Vatican knew about it and did nothing shocks anyone with any sense of propriety and justice.

Plus, now there’s a grand jury report revealing that more than 300 priests in Pennsylvania have been credibly accused of abusing more than 1,000 victims. And law enforcement officials in 10 states have launched similar investigations, suggesting the abuse is rampant.

Decent Catholics are outraged and rightfully so. They’re demanding resignations and change among church hierarchy.

And Protestants, who at one time might have used the scandal as an opportunity to throw stones, are realizing that we live in a glass house too. From scandals involving Bill Hybels to Mark Darling to Sovereign Grace Ministries and Bob Jones University, it’s clear that we have our own problems. Unfortunately, the Catholic Church doesn’t have a monopoly on sex abuse or the ability to cover it up.

But what’s the solution?

Many proposals aim to reform the system. Certainly, the Catholic Church and its hierarchy need to change. Protestant denominations need to change too. And I’m heartened, for example, that Southern Baptist Convention President J.D. Greear announced that he will form a Sexual Abuse Presidential Study Group.

But as Dr. Jennifer Roback Morse recently wrote to fellow Catholics, relying on church leaders to solve the problem may be futile. “Most proposals for reform require cooperation from the very same people who have already failed us,” she said. “These ideas still leave us, the ordinary Catholic in the pew, at the mercies of men we no longer trust.”

As Protestants, our leadership is much more decentralized, and I believe there are godly church leaders we can trust. Yet Morse makes an important point. Laypeople need become part of the solution. Sadly, if we’re honest, we have to admit we’ve been part of the problem. She explains:  Continue reading