Posted By Marsha West on March 18, 2016 in Church Discipline
Share 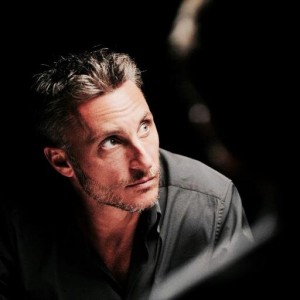 Just over six months after hiring him as the Director of Ministry Development following his resignation as lead pastor of Coral Ridge Presbyterian Church upon admission of an affair, Florida’s Willow Creek Church has fired Tullian Tchividjian, the grandson of Billy Graham, as he has now confessed to a second inappropriate relationship.

As previously reported, Tchividjian, 43, the son of Virginia Graham, took over the pulpit of Coral Ridge Presbyterian Church in 2009 following the passing of founder D. James Kennedy. However, the selection divided the congregation, as some approved and others disapproved of his leadership. Several months after he accepted the job, Kennedy’s daughter and others began calling for his removal.

When a vote was taken over the matter and it was decided to keep Tchividjian as pastor, some left the church and started their own congregation.

As an author, Tchividjian wrote against what he saw as “spiritual performancism” and legalism in the Church, outlining his beliefs in the hyper-grace book “One Way Love: Inexhaustible Grace for an Exhausted World.”

Tchividjian announced in June that he had resigned as senior pastor of Coral Ridge after admitting to leadership that he had inappropriately become close to another woman after he discovered that his wife had been having an affair.

“I resigned from my position at Coral Ridge Presbyterian Church today due to ongoing marital issues,” he wrote in a statement. “As many of you know, I returned from a trip a few months back and discovered that my wife was having an affair. Heartbroken and devastated, I informed our church leadership and requested a sabbatical to focus exclusively on my marriage and family.”

“As her affair continued, we separated. Sadly and embarrassingly, I subsequently sought comfort in a friend and developed an inappropriate relationship myself,” Tchividjian continued. “Last week I was approached by our church leaders and they asked me about my own affair. I admitted to it and it was decided that the best course of action would be for me to resign.” Continue reading