Posted By Marsha West on January 2, 2017 in Cults, Discernment
Share

Those of us involved in online discernment contend with trolls regularly on Facebook. (You know who you are.) “One can hardly get on to the social media without encountering these cultic Christians ready to go to war over their little agenda items on a daily basis,” declares Bill Muehlenberg of Cultural Watch. In a recent blog post he offers examples of cultism and warns about those who thrive on vain arguments and endless debates.  Plus he includes many scriptures that warn of this sort of behavior.   For example: Starting a quarrel is like breaching a dam; so drop the matter before a dispute breaks out. (Prov 17:14)  And this: But avoid foolish controversies and genealogies and arguments and quarrels about the law, because these are unprofitable and useless. Warn a divisive person once, and then warn them a second time. After that, have nothing to do with them. (Titus 3:9-10)

So, have you been mollycoddling cultic Christian trolls without knowing it?  Or….is it possible that you’re actually one of those undesirables Muehlenberg describes? Let’s find out…. 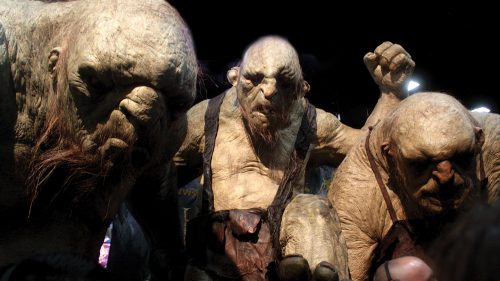 Yep, we have all encountered them. They are a real worry, and they seem to be everywhere of late. They are utterly convinced of their various pet beliefs, and will challenge everyone about them. These are folks who just love to argue, to pick a fight, to have the last word, and to insist that they are right. They are argumentative trolls.

But even worse than that, they often pick the most idiotic things to argue about. They will take some inane issue, or some secondary issue, and turn it into a matter of first importance – a major test of Christian orthodoxy. And then they will argue to the death over it, no matter how obnoxious, ungracious and unChristlike they become in the process. They are cultic trolls as well.

They are usually Christians, and are often OK on some of the basic Christian teachings, but because they will run with bizarre and extraneous matters, they actually become quite cultic. It is as if their pet peeve is the only thing worth making a stink about, and everyone must submit to their agenda or be treated like the devil incarnate.

Such arguments and debates and discussions have always been occurring, but it seems that the social media has resulted in them growing exponentially in number and intensity. One can hardly get on to the social media without encountering these cultic Christians ready to go to war over their little agenda items on a daily basis.

So what are some of these topics? There would be plenty to choose from. And of course to simply list a few of these will result in those who run with them flying off into yet another rage, seeking to do battle with me because I dare to suggest these are just not issues worth wasting time on, and they are often just plain wrong about them as well.

Let me offer just three common topics where the cultists will come out in full force, on search and destroy missions, seeking to devour anyone who does not hold to their distorted version of events. One is the KJV-Only crowd. They are an embarrassment and can be downright cultic – at least those who hold to the more extreme versions of this.

Another group is the ‘Christmas and Easter are of the devil’ camp. These Scrooges come out every Christmas and Easter condemning any believer who dares to celebrate the birth or death and resurrection of Jesus Christ. Never mind the clear commands of Paul that we should NOT be passing judgment on such folks (see Colossians 2:16-17 for starters).

A third group – believe it or not – is flat earth Christians. Yes I am embarrassed to even say it, but there do actually exist Christians who really believe the earth is flat! They are absolute fruit loops when it comes to this issue, delighting in ignorance and conspiracy theories (they usually also claim the moon landings were faked, and so on).  Continue reading

Signs and practices of cults and sects–On Solid Rock Resources

21 Responses to On Cultic Christian Trolls