Posted By Marsha West on May 15, 2016 in Christian Life, Marriage, Women and the Church
Share

Bible study author, speaker and blogger Michelle Lesley tackles the radical feminist agenda and its influence on the Church: 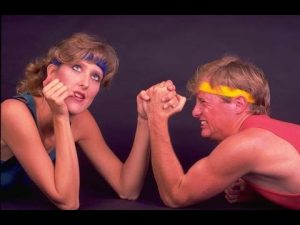 I hate radical secular feminism. I really do. Don’t get me wrong, I deeply appreciate the right to vote and own property. I think that men and women with the same amount of experience and education should be paid the same amount of money for doing the same job. And, I love seeing women study and develop their minds (particularly in the area of sound biblical doctrine.)

But what I don’t like is some of the methods that have been employed to achieve these things, the biblical values that have been sacrificed along the way, and the emasculating impact feminism has had on men.

Turn on any television show, watch a commercial, go to the movies, read the news, scroll through your social media feed, and examine the way men are generally viewed, spoken of, and being treated by others.

If a female character on a TV show slaps her husband or punches him in the arm, we laugh or sympathize with her anger, depending on the scenario, but if the roles were reversed we’d call the same behavior from a man abuse.

Men are frequently portrayed as bumbling incompetents as fathers, husbands, and employees, with a heroine mom, wife, or co-worker stepping in to save the day.

We see women wearing the pants in the family and treating their husbands like an extra child, and we see men who respond in kind: acting like children, obeying their wives’ commands, and, often, indulging in hours of childish pastimes, like video games, instead of working hard and caring for their families.

And what’s alarming is that these attitudes have been creeping into the church for years.

Just as women rebelled against the law and social conventions to gain equality with men, “Christian” women now rebel against Scripture by becoming pastors and instructing and holding authority over men in the church. (In fact, this has been going on so long that many in the next generation aren’t even aware that the Bible prohibits this.)

Just as men in secular society have stepped back to avoid being run over by headstrong women, or even joined them in their quest for female dominance, evangelical men have abdicated their God-given positions of leadership in the church and home, sometimes even joining women in their violation of Scripture by inviting them into unbiblical positions of leadership and by sitting under their teaching and preaching.

Those are the things that are overt and visible. But it’s happening on a more subtle level, too, even among complementarian men, women, and churches.

Have you ever heard a man attempt to praise his wife by saying, “I married up,” or “way up,” or “way over my head,” and then proceed to describe himself as, basically, a bucket of slime in comparison to his wife? Most of the men I’ve heard say this have been good, godly men, including my husband, who has made similar remarks in the past.

I don’t know about the rest of you ladies, but I don’t want to hear anyone putting my husband (or any of my godly male friends) down, even my husband himself. The truth is, for believers, the cross is the great equalizer. We all marry equally up and equally down, because we are all redeemed, yet broken, sinful human beings- simultaneously saint and sinner.

8 Responses to Feminist Infiltration and the Emasculation of Christian Men