Mike Riccardi’s latest installment of a piece we recently posted entitled Idolatry, Demons, and Ecumenism is over at The Cripplegate. Discover how believers are considered “unequal” to unbelievers. Riccardi points out that all false religions are demonic; thus, all other religions, including Roman Catholicism, are incompatible with Christianity. He writes: 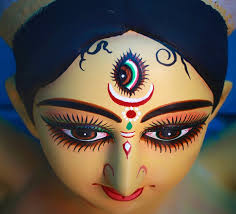 Depart, depart, go out from there;
touch no unclean thing; go out from the midst of her; purify ourselves, you who bear the vessels of the Lord. ~ Isaiah 52:11

A long time ago, in a land far, far away, I began a series on whom the faithful Christian minister may legitimately partner with in ministry. First, I briefly surveyed the history of the ecumenical movement in order to vividly illustrate the terrible consequence of disobedience to Scripture on this matter. Then, I oriented us to the key text that answers this question, 2 Corinthians 6:14-7:1, and considered the context in which it comes. Next, I considered the main prohibition of text itself, and explored what it means for Christians to not be “unequally yoked” with unbelievers.

In the latest installment in this series, I considered how the text outlines precisely how believers are “unequal” to unbelievers. I mentioned that there were five fundamental differences between believers and unbelievers that Paul enumerates, and we looked at the first four in that post. Believers and unbelievers are governed by different rules of life, are subjects of different kingdoms, are ruled by different kings, and are possessed of different worldviews. Today, I’m aiming to pick up where I left off by delving into that fifth fundamental difference, which is, simply, that we worship different Gods. Paul concludes his series of rhetorical questions in verse 16 by asking: “What agreement has the temple of God with idols?”

There is an absolute incompatibility between God and idols. And that is because all false religion is demonic. In 1 Corinthians, Paul has taught us that idols don’t really exist: “We know that there is no such thing as an idol in the world, and that there is no God but one” (1 Cor 8:4); “What do I mean then? That a thing sacrificed to idols is anything, or that an idol is anything? No!” (1 Cor 10:19). Idols are no true gods, because there’s only one true God: Yahweh, the Triune God of Scripture.

“But,” he goes on, “the things which the Gentiles sacrifice, they sacrifice to demons and not to God” (1 Cor 10:20). The fact that idols don’t exist doesn’t mean that there is no spiritual component to idolatry. Scripture says the millions of false gods of the thousands of false religions in the world are actually demons. When Israel turned from the worship of Yahweh and committed idolatry by making sacrifices to the gods of the nations, Scripture says they sacrificed to demons: “They sacrificed to demons who were not God, to gods whom they have not known, new gods who came lately, whom your fathers did not dread” (Deut 32:17). And so Paul warns of those professing Christians who will abandon the faith and embrace false religion, saying, “The Spirit explicitly says that in later times some will fall away from the faith, paying attention to deceitful spirits and doctrines of demons” (1 Tim 4:1).

That’s why, from the very beginning of Israel’s history, God speaks so severely about idolatry. The first two of the Ten Commandments are devoted to this: “You shall have no other gods before Me. You shall not make for yourself an idol, or any likeness of what is in heaven above or on the earth beneath or in the water under the earth. You shall not worship them or serve them; for I, Yahweh your God, am a jealous God” (Exod 20:3–5).

And to the second generation Moses says, “You shall not follow other gods, any of the gods of the peoples who surround you, for Yahweh your God in the midst of you is a jealous God; otherwise the anger of Yahweh your God will be kindled against you, and He will wipe you off the face of the earth” (Deut 6:14).

God is jealous for His own glory. He will not share the worship that He rightly deserves with demons! “I am Yahweh, that is My name; I will not give My glory to another, nor My praise to graven images” (Isa 42:8).

How serious is God about there being no possibility of agreement between the temple of God and idols? Consider a couple of examples with me. Second Kings 21 chronicles the wickedness of King Manasseh, who is perhaps the most evil king in Judah’s history. And his wickedness consisted chiefly in his idolatry. Verse 3 says, “He rebuilt the high places which Hezekiah his father had destroyed; and he erected altars for Baal and made an Asherah, as Ahab king of Israel had done, and worshiped all the host of heaven and served them.” This is high-handed idolatry perpetrated by the king of Israel.

But it gets worse. Verse 4 says, “He built altars in the house of Yahweh, of which Yahweh had said, ‘In Jerusalem I will put My name.’” And verse 7: “Then he set the carved image of the Asherah that he had made, in the house of which Yahweh said to David and to his son Solomon, ‘In this house and in Jerusalem, which I have chosen from all the tribes of Israel, I will put My name forever.’” In 1 Kings 8, when the temple is finally completed under Solomon, the cloud of God’s glory had filled the temple, declaring to the people that Yahweh would take up residence with them and dwell among them in His temple. Solomon calls the temple “the place of which You have said, ‘My name shall be there’” (1 Kgs 8:29). This is where God’s special presence dwells with His people. This is where His holy name dwells. And in the courts of that holy place, Manasseh builds altars to Baal, and to the sun and the stars. He brings a wood carving of Asherah into the very temple of Yahweh.

Now, how seriously does God take this? “Behold, I am bringing such calamity on Jerusalem and Judah, that whoever hears of it, both his ears will tingle” (2 Kgs 21:12). Verse 13: “I will wipe Jerusalem as one wipes a dish, wiping it and turning it upside down.” And then this unthinkable statement in verse 14: “I will abandon the remnant of My inheritance and deliver them into the hand of their enemies, and they will become as plunder and spoil to all their enemies; because they have done evil in My sight, and have been provoking Me to anger since the day their fathers came from Egypt, even to this day.”

“I will abandon the remnant of My inheritance.” That ought to make every last one of us tremble. There is no greater insult, no greater blasphemy, than to bring idols of demons into the holy temple of God, and, in adulterous fashion, worship them rather than Him as it were right in front of His face.  Continue reading

CHECK OUT OUR WHITE PAPER ON DISCERNMENT