Christians believe that Christianity is the only true religion; thus all other religions are false. 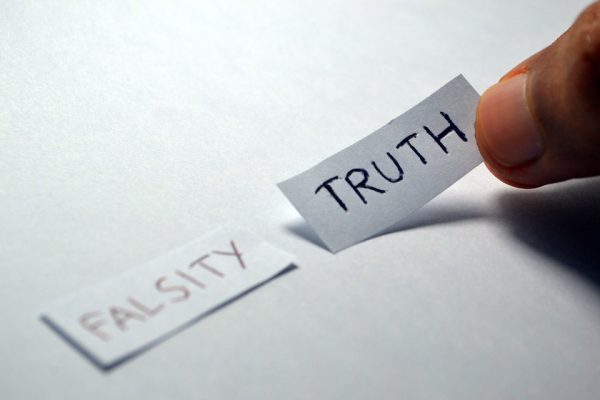 If it’s not one false religion, it’s another. False religion has been with us since the Garden. It’s nothing new. When Jesus returns, He mused whether He will even find faith upon the earth. (Luke 18:8)

The question of the day is, what makes a religion false?

Examples of these are of course, Adam and Eve, who were tempted into worshiping themselves (“you will be like God”.) Cain did not worship in the right way. (Genesis 4:3-5). But there is a right way to worship and a wrong way to worship. Neither did Nadab and Abihu. (Leviticus 10:1). Many in the days of the Incarnation did not worship Jesus for the right reasons. They preferred the glory of men to the glory of God. (John 12:43).

I’ve spoken with non-saved people who think that God was being too harsh for preferring Abel’s blood offering and by rejecting Cain’s offering of the fruit of the ground. As if God is someone who should be happy with whatever worship we throw at Him. As in our own earthly lives, there are standards. Even unsaved people know that. Parents have standards for children’s behavior, bosses have standards for evaluating their employees, factories have standards of production to ensure a quality product. When it comes to God though, people think that no standards is the more “loving” way.

Not so. There was a spy spoof TV program in the 1960s called Get Smart. Max the bumbling, incompetent spy used to say “Missed it by that much.”

Missed it by that much.”

And because the path is narrow, it is easy to miss the mark.

However when it comes to faith and worship, missing it even by that much means the wrong eternity. Jesus said the path is narrow. (Matthew 7:13). Though we can never fall off the path once we are on, those who are not saved concoct all manner of methods to save themselves.   Continue reading

Bad Fruit, Diseased Trees, and the Authority of God’s Word
Discernment Made Easy: A List of Celebrity Christians Who Declare The Bible Insufficient

One Response to What makes a religion false?