Posted By Marsha West on June 23, 2015 in Roman Catholicism
Share

According to ChristianExaminer columnist  Gregory Tomlin: 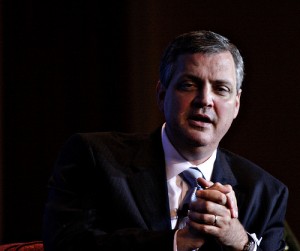 Pope Francis was right to claim in his encyclical on the environment that creation care is a part of Christian theology, but dead wrong about the importance of fossil fuels for cheap, abundant energy for the developing Third World, Southern Baptist Theological Seminary President Al Mohler said in a statement following the release of the papal document.

“Laudato Si is a very interesting document, by any measure … As stewards of creation, we are called by the Creator to take care of the world he has made. At the same time, several of the Pope’s central claims about climate change have more to do with the current scientific consensus than with theology,” Mohler wrote.

Mohler, a leading voice within the Southern Baptist Convention on cultural and political issues, said the policies the pope is advocating – an end to the reliance on fossil fuels – will only harm the poor, not help them.

“While fossil fuels are surely contributing to an increase in carbon emissions, it is hardly helpful to tell the poorest nations among us that they must forego immediate needs for refrigeration, modern medicine, and the advances of the modern age that have so extended and preserved life. At this point, there is no alternative to dependency on fossil fuels, and this is as true for the Vatican as for the United States and other advanced economies,” Mohler said in the statement.

Mohler said the secular media is ignoring the bulk of Pope Francis’ encyclical, especially the areas that pertain to and reinforce Catholic teachings on contraception, population control and gender. Instead, the media seems to be focusing only on the areas that align with the radical green movement, he said.

In any case, Mohler said it is wrong for the pontiff to make a political argument about climate change.  Continue reading

READ OUR RESEARCH PAPER ON CATHOLICISM