Eric Davis of The Cripplegate looks at ten doctrines which render Rome outside of Christ. After reading his exposé you’ll understand the reasons Protestants believe that the RCC stands in stark opposition to biblical Christianity, thus it is apostate.

Sadly, a vast number of Roman Catholics cannot be considered authentic Christians.  In other words, Catholics aren’t born again (regenerate) believers. And because our Catholic friends are unsaved, we must share the true Gospel of Jesus Christ with them.

Pastor Davis concludes with this reminder:

The Reformers were forced to depart from Roman Catholicism in order to unite with Christ. Five hundred years later, evangelicals still cannot come together with Catholics. Those who desire true salvation in Jesus Christ must break from Roman Catholicism. This 500th anniversary, may we pray to that end.

Now to his excellent exposé: 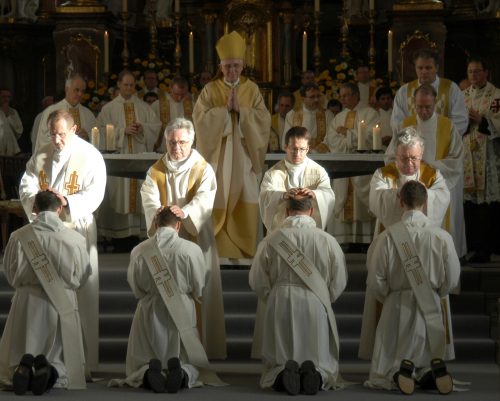 It’s that time of year again when we remember the Protestant Reformation. But this year, it’s really something special: 500 years have passed since the greatest movement of God in church history next to the birth of the church at Pentecost.

But was the Reformation really necessary? Were the Reformers merely a pack of spiritual naysayers looking to rain on Rome’s innocent parade? Were they not looking to take their ball and mitt to start their own game?

The Reformers were not moved by preferences to seek and start another denomination. They were moved by Scripture to break from something that could not be considered Christian. Five centuries have not improved Rome’s doctrine. The need for her reform could not be greater.

Tragically, several reasons remain why Roman Catholicism still is not Christian. At this 500th year anniversary, it’s worth taking a thorough look at ten doctrines which render Rome outside of Christ. Many of these are sufficient on their own.

The issue of justification pertains to the most important question facing humanity: how can unrighteous people stand righteous before a righteous and holy God? It’s the question of questions; the crux of the human race. Answer this correctly, and all is well. Answer it otherwise, and face eternal condemnation.

What does Rome teach on the issue?

From the Council of Trent, 6th session, Canon 30:

If anyone says that after the reception of the grace of justification the guilt is so remitted and the debt of eternal punishment so blotted out to every repentant sinner, that no debt of temporary punishment remains to be discharged either in this world or in purgatory before the gates of heaven can be opened, let him be anathema.

Put another way, if you believe that, by faith alone in Christ alone, all of your sin—past, present, future—is completely forgiven, with no guilt or punishment from God remaining, with the result that you stand satisfactorily righteous before God, then you are damned.

“For we maintain that a man is justified by faith apart from works of the Law” (Rom. 3:28

“Therefore, having been justified by faith, we have peace with God through our Lord Jesus Christ” (Rom. 5:1

Right standing with God is a gift granted on the basis of faith alone in Jesus Christ. His life really was that righteous. His death really that propitiatory. His resurrection really that vindicating. Sinners stand permanently righteous before holy God as a gift of his grace, not works, and by faith alone in Jesus Christ, not grace-infused works. To assume that our works could contribute to a fraction of our justification is nothing short of monstrous pride.

While addressing the works-based gospel of the Judaizers several centuries prior to the Reformation, the apostle declared that a gospel which differs from that of Scripture is a damning system (Gal. 1:8-9

). Consequently, Rome’s teaching on justification itself renders it something other than Christianity.

Rome asserts that the pope (derived from a Latin word for “father”) is a position of succession from the apostle Peter. The title refers to the Bishop of Rome exclusively as the universal bishop. Other titles for the pope include “Vicar of Christ,” “Pontiff,” “Holy Father,” and “His Holiness.” He is considered the head of the Church, who possesses power to pull from the treasury of merit to grant indulgences. When he speaks ex cathedra, he is considered to speak infallibly. For a time, there were three simultaneous popes and the papal seat was in Avignon, France.

The papacy was mostly architected by Leo I, while Gregory I most likely was the first individual to take the title, “pope.”

The Pope, Bishop of Rome and Peter’s successor, is the perpetual and visible source and foundation of the unity both of the bishops and of the whole company of the faithful. For the Roman Pontiff, by reason of his office as Vicar of Christ, and as pastor of the entire Church has full, supreme, and universal power over the whole Church, a power which he can always exercise unhindered (CCC #882).

Cardinal Gibbons wrote, “To be true followers of Christ all Christians…must be in communion with the See of Rome, where Peter rules in the person of his succession” (The Faith of our Fathers, 104).

In the 1894 encyclical, The Reunion of Christendom, Pope Leo XIII said that the pope holds “upon this earth the place of God Almighty.”

Such statements are in grave contradiction with the Bible. Rome has effectively exalted her pope—a sinful man—to the position of Lord of the church. But there is one Lord (Eph. 4:5

). Christ alone holds a power which is exercised unhindered (Matt. 28:18

). Christ alone is the one with whom one must be in communion for salvation (John 15:4-5

). Nowhere does Scripture teach that an individual as the pope serves as “Holy Father” (cf. Matt. 23:9

), much less that one must be united to him for salvation. Scripture affirms Christ alone is head of the true Church (Eph. 1:22-23

Understandably, this was the primary issue for many of the Reformers.

Of all the dreams that ever deluded men and probably of all blasphemes that ever were uttered, there has never been one which is more absurd and which is more fruitful in all manner of mischief than the idea that the Bishop of Rome can be the head of the church of Jesus Christ. No, these popes die and how could the church live if its head were dead? The true Head ever lives and the church ever liveth in him.

The pope himself must turn from Rome’s papal teachings and put faith alone in Christ alone. Until he does, the pope is not an asset, but an affront, to Christ’s church. Continue reading