Posted By Marsha West on January 15, 2018 in Biblical Illiteracy, Discernment, Women and the Church

Bible study author, speaker and blogger Michelle Lesley queries: “Are we more afraid of the wrath of woman than the wrath of God?” According to Lesley, although they may not realize it, for a large number of professing Christians the answer is, sadly, yes. It is evident that many believers fear man (what other people think about them) far more than they fear God (what God thinks about them).

In this piece Michelle examines Paul’s instructions to Timothy: “I do not permit a woman to teach or to exercise authority over a man; rather, she is to remain quiet.”  Clearly, a women should not wield authority over men.  Consequently “We need to stop blushing ashamedly,” chides Michelle, “and stand unapologetically firm when it comes to denouncing female teachers who preach to men.”

So with this in mind, here are  seven reasons why the serious Christian must stand firm: 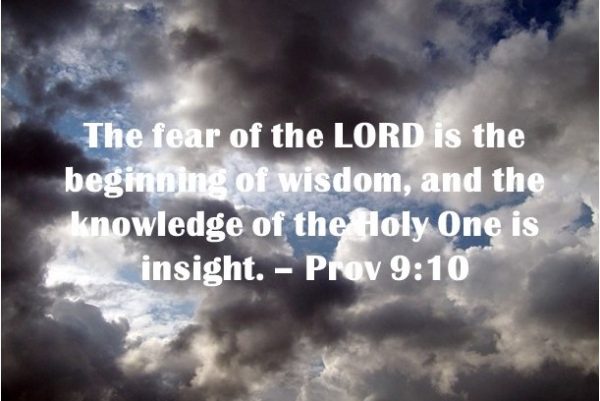 A while back I was scrolling through my Twitter feed and happened to catch part of an interaction between two women discussing a false teacher. I couldn’t come close to the exact wording if I tried, but the gist of it was…

Discerning Christian Woman: Divangelista X is a false teacher and preaches to men.

Non-Discerning Christian(?) Woman: How can you say she shouldn’t be preaching to men? So what! She’s out there helping so many people and charitable causes! People love her! I think she’s great!

Discerning Christian Woman: Well, I’m really not as concerned about the fact that she preaches to men as I am about the false doctrine she teaches.

I didn’t butt in because neither of them was talking to me, but what I wanted to say was, “Why?” Why, Discerning Christian Woman, did you back off the completely biblically valid point that this false teacher is rebelling against Scripture by preaching to men? If you had been discussing a male false teacher who was running around on his wife, you probably would have led your argument against him with his sin of adultery, with the false doctrine he teaches relegated to a level secondary importance.

Ladies…pastors…why are we so embarrassed to stand up boldly and say that women who preach to men are in unrepentant sin and disqualified from teaching regardless of what their doctrine might be?

It’s a simple little thing called the fear of man. Or, more specifically, fear of woman. We’ve seenwomen whose feminist ideals are challenged. Even feminists who call themselves Christians have been known to fly into a demonic rage, bent on destroying any person, pastor, or church who dares to topple their golden “I am Woman, Hear Me Roar” calf. No one wants to be on the receiving end of that kind of vitriol.

God doesn’t call us to be wimps, people. He calls us to stand on His Word no matter the cost. The great men and women of the faith who have gone before us have done just that, giving their lives rather than renouncing Christ, refraining from sharing the gospel, compromising the Lord’s Supper, stopping the translation of Scripture into the language of the people.

And we’re worried that feminazis might yell at us or make trouble at church.

We need to stop blushing ashamedly and stand unapologetically firm when it comes to denouncing female teachers who preach to men. Here are seven reasons why:

When a woman takes it upon herself to disobey Scripture by preaching to men, she is sinning. If we’re the Christians we claim to be, how can we see someone mired in sin and not want to rescue her? It is not loving to ignore someone’s sin, or worse, affirm her in it. To do so is the ultimate act of selfishness, because we’re more concerned about the the consequences for confronting her and how that will affect me than we are about her soul and her relationship with Christ. John 15:13 says, “Greater love has no one than this, that someone lay down his life for his friends.”. Sometimes laying down your life means dying to self and confronting sin out of love for someone else.

When a woman stands up in front of a group of men and women and unashamedly preaches to them, she is initiating a public act of aggression against Christ and His church. I don’t care how sweet and pretty and “aw, shucks” she is – that’s what she’s doing. She is leading a rebellion against God’s clear command for all the world, and the church, to see. This is a blot on the reputation of Christ’s Bride whom He wishes to be “holy and without blemish“.  Christians are people who submit to and obey Christ, not leaders of rebellions against Him.   Continue reading

Whatever Happened to the Fear of the Lord?