Posted By Amy Spreeman on January 15, 2018 in Abortion
Share

In God’s Word, He warns us,

“Woe to those who call evil good and good evil, who put darkness for light and light for darkness, who put bitter for sweet and sweet for bitter.” (Isaiah 5:20)

CLEVELAND, Ohio — The largest abortion facility in Ohio has launched a billboard campaign in an effort to urge readers “to reflect on the powerful role that abortion plays in people’s lives.”

The facility, called Preterm, has purchased 16 billboard locations around the Cleveland area to “spark conversation” surrounding its belief that abortion is necessary as it allows women to live however they want without a child getting in the way. Preterm offers surgical abortions up to 19 weeks gestation—almost five months—and medication abortions up to nine weeks. 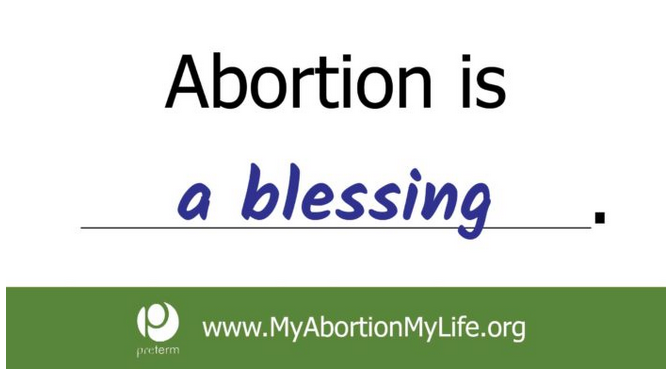 “Abortion is a normal and necessary part of people’s lives. People from all walks of life have abortions for many different reasons. And each person’s experience is valid,” the MyAbortionMyLife website reads.

Preterm has also been urging supporters to share graphics with the same messages on social media, and to also create discussion with the hashtag #MyAbortionMyLife.

However, while some abortion advocates have called the campaign “refreshing,” “beautiful” and “stigma-busting,” others have conversely used the effort as a way to declare that “abortion is murder.”

Also consider what abortion really is:

The Modern Blasphemy of the Holy Spirit
Seven Reasons 1 Timothy 2:12 Isn’t the Crazy Aunt We Hide in the Closet when Company Comes Over