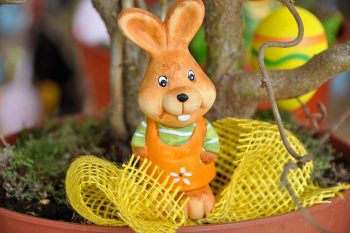 Easter conjures images of Easter egg hunts, decorative baskets filled with all sorts of goodies, cool new clothes, church services, and families and friends gathering together for a feast. It’s all about….what? Is the reason we observe Easter Sunday to celebrate the coming of the Easter Bunny? To usher in springtime? Or is it an excuse for a parade?

As you might have already surmised, it is none of the above. The significance of Easter is to celebrate the death and resurrection of Jesus Christ.

For many professing Christians, Easter isn’t about Jesus — it’s about binging on sweets! There’s nothing wrong with Easter festivities per se; but to be sure, the reason we celebrate is Christ’s triumph over death. A little more than two thousand years ago the Son of God experienced a humiliating horrific death to atone for the sins of humankind. “For God so loved the world, that he gave his only Son, that whoever believes in him should not perish but have eternal life.” (John 3:16)

The Son of God condescended to take on human flesh and come to Earth to die, not because He had some sort of social or political agenda that weighed heavy on His heart. Jesus was not concerned with “social justice.” He came to Earth to die for our sins.

The Bible is clear that God’s hates sin — yet He went to great lengths to save us!  Pastor and author John MacArthur explains it thusly:

When we say God hates sin and doesn’t hate the sinner, you’re really drawing a fine line. God looked on all His creation and said that it was good, so that basically what God created He adores, He considers the work of His hand, and man, though the image of God is marred is none the less made in the image of God. So, the New Testament says God loves the world, God loves all men. It even says that we are to do good unto all men especially of the household of faith, so we are to do good to all men for they are made in the image of God. There is a sense in which no matter what we do in our lives, God still loves what we are as the expression of His creation. But He hates the sin.

The thing most people fail to understand is that God is holy. (Isaiah 6:3, Rev 4:8) And because God is holy He is repelled by evil. All sin is evil — even those “little white lies” we tell. Washing away our sins (cleaning us up) is the sole purpose for Jesus’ death on the cross. He died for one and all, and that includes those we think aren’t worth a plug nickel.

My point is that the person who truly BELIEVES that Jesus shed His blood for his sins and realizes his need for repentance and forgiveness will be saved from eternal damnation. Yes, Jesus died for the worst of the worst, the scum of the earth, the reprobate, the smelly homeless guy, the ugly girl in your math class, Bashful, Dopey, Doc and, yes, even Grumpy. So if an outlaw like Billy the Kid comes to faith in Christ, that outlaw is heaven bound! The blood of Christ has washed away his sins.  From the moment the Kid repents and places his faith in Christ, he is no longer that outlaw; he has become a son of the King. 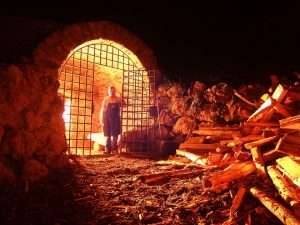 Christ’s death on the cross is God’s way of saving humans from being sent to hell for all eternity. Every sinner is destined for hell — and hell is a real place! How do I know that? Because Jesus gave us fair warning when He spoke these words:  “If your right eye causes you to sin, gouge it out and throw it away. It is better for you to lose one part of your body than for your whole body to be thrown into hell” (Matthew 5:29). He also spoke of hell to the Pharisees: “You serpents, you brood of vipers, how are you to escape being sentenced to hell?” (Matthew 23:33). Again: “And you, Capernaum, will you be exalted to heaven? You shall be brought down to Hades” (Luke 10:15). Christ’s words were not just hyperbole!  If hell is nonexistent, the Lord Jesus wouldn’t have warned people about it. Those who reject Him will be sentenced to hell!

But never fear! There is a way to avoid being sentenced to that terrible place. The Apostle Paul tells us how to avoid it: “If you confess with your mouth that Jesus is Lord and believe in your heart that God raised him from the dead, you will be saved [from hell]” (Romans 10:9).

Now, those who think they know better than God who should enter the Highway to Heaven or be thrown into hell will no doubt reject what Paul said. But they cannot ignore the fact that the scriptures teach that God, no one else, will decide who ultimately goes up…and who goes into the pit.

There are those who believe that “good people” go to heaven. Au contraire! By God’s standard of “good” the Bible says a person’s good deeds are “filthy rags.” No Good person, no good Protestant, Catholic, Muslim, Buddhist, Hindu or Mormon will ever see the Kingdom of Heaven. Why? For the simple reason that “good people” will not be invited into God’s kingdom. Jesus said “I am the way, and the truth, and the life. No one comes to the Father except through me.” (John 14:6) So no matter how good an individual appears to be, he/she will never be “good enough” to stand in the presence of Holiness unless he/she is cleansed of all sin by the blood of the Lamb of God who takes away the sins of the world.

It’s going to be a huge shock when those in the “me” generation find themselves in the courtroom of the One who will judge the world and are handed a one way ticket to hell. After all, they think God created the sun just to light up their lives. Hell isn’t a real place anyway, they say. So why should anyone have to worry about going there? And if there is a hell, only murders, rapists, pedophiles and Adolph Hitler will go there. It’s indeed true that unrepentant murders and so forth will go to hell; likewise, anyone else who rejects Christ will spend eternity “where the worm never turns…”  Including “good people.”

Warning to the unbeliever! Jesus Christ is the CEO (Chief Executive Over-all) of Heaven.   So – if you have little or no interest in getting to know the Lord Jesus while residing on this planet, why would you want to live in the kingdom He rules for all eternity?  Moreover, if you have no use for biblical Christianity and its “outdated confessions, creeds and dogmas,” then would you really want to bow to and worship the Son of God for all eternity?

One last thing.  There are a large number of professing Christians who claim to love Jesus yet they’re too embarrassed–or proud–to bend a knee to Him.  They embrace Him as their Savior but they’ll not allow Him to be their Lord and Master.  They disobey His commands and live by their own rules…and they believe they’re saved.  Jesus said, “If you love me, you will keep my commandments.” (John 14:15) So are these people saved?  Really?

Note: This is a revised version of a piece entitled “I’d Rather Have Jesus than a Chocolate Easter Bunny.”

8 Responses to What will become of you when you die?