Posted By Marsha West on August 27, 2015 in Homosexual Agenda
Share 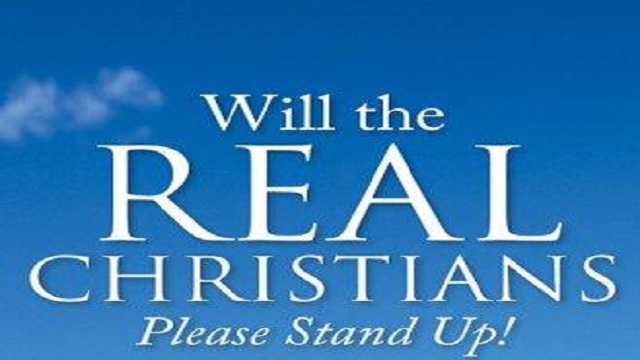 A recent report indicates that 70% of Americans are Christians.   If this is true, what it says to this writer is that a whole host of people who profess faith in Jesus Christ neglect to read the instruction manual that reveals everything we need to know about the object of our faith. I’m referring to the Bible.  Anyone who takes the time to read it knows what Jesus taught and how those who claim to believe in Him must live their lives. Clearly Christians are not reading the Book.

So, isn’t it a bit odd that people who say they believe Christ died for their sins aren’t the least bit curious about who He is and what He taught while He was here?   Jesus spent the better part of three years teaching his disciples all sorts of things such as what His mission was (John 1:14-18) and how they were to conduct themselves.

The Lord gave commands, not suggestions.  He never said: “It’s not a good idea to murder someone…lie…cheat…steal…sleep around…commit adultery…practice homosexual sex…get drunk…use drugs…have a slew of idols, or anything like that.”  Nor did He say: “It would be nice if you’d consider forgiving those who do you wrong.”   He never tossed them the “Good job!” compliment when they exercised discernment.  Neither was Jesus into high-fiving and “atta boys.”  Whenever these sorts of things came up in conversation, He said unequivocally, “Do not”…”You must!”  Moreover, He was clear that in order to be saved people must repent of their sins and turn away from the sinful life.  “If we say we have not sinned, we make him a liar, and his word is not in us” (1 John 1:10).

And trust me when I say that there’s no way He would have said to one of His followers: “God smiles when you be you.”

Keeping Jesus’ commands begins with knowing what they are and then, of course, obeying them.  The Lord said, “If you love me, you will keep my commandments” (John 14:15).

If you love me… 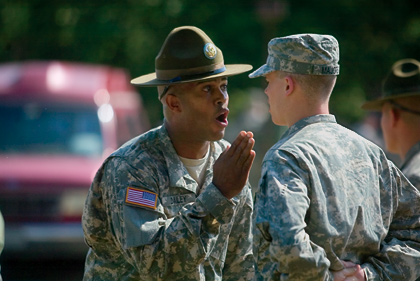 So, could a person become a member of the armed forces without ever having gone through some form of basic training?  No!  The expressed purpose for a soldier to go through boot camp is to learn to become a lean mean fighting machine.  Soldiers leave boot camp with the general knowledge they need to go into combat and fight a brutal enemy, with their goal being to win!   Men and women who don’t understand the rules of engagement, what weapons to use in battle and how to use them effectively, will end up on the losing end.

During the 1960s when the battle for the hearts and minds of Americans first began, what if professing evangelicals had understood that we were in the beginning stages of the “culture war”?  What if evangelicals had gone all out to stop the small number of progressives from taking control of public schools…higher education…entertainment industry…media… politics…courts…the scientific community and so on?

Hind sight is 20/20 so we now see the fruit of a minuscule amount of determined activists. In a few decades “progressives” along with a small number of gay people have taken control of the 3 areas that most impact people’s lives — education, entertainment and the media.  This matters, brethren, because liberals use these 3 areas to manipulate the public into making decisions based on their feelings rather than rational thought. Not surprisingly, the visible Church is steeped in emotionalism, so much so that when it comes to making important life decisions, instead of looking to the Bible as we should, we allow our feelings to guide us.

But I’m drifting from my point…

Currently somewhere around 3% of Americans identify as homosexuals and a small percentage say they’re Christians.  Why do I bring this up? For the reason that if Bible believing Christians weren’t so worried about being marginalized by liberals, if they weren’t so concerned about being perceived as intolerant, hateful and bigoted for believing what the Bible teaches about sodomy–that it’s a sexual perversion—America wouldn’t have same-sex “marriage” and special rights for gay people as the law of the land.

DC on perversion: A practice or act, especially one that is sexual in nature, considered abnormal or deviant.

DC on unnatural: Contrary to the laws or course of nature.

What is natural?  According to DC:  Natural is in conformity with the ordinary course of nature; not unusual or exceptional. (emphasis added)

As you can see, DC is in agreement with what the Bible says about sodomy, that it’s unnatural. 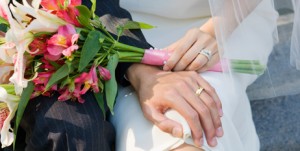 One man, one woman for life

The Designer of the human body told us His view of same-sex sex in His written Word – He’s against it. He has never been for it.  For clarification read Leviticus 18:22, Leviticus 20:13, Romans 1:18-28, 1 Corinthians 6:9  Bible believing Christians have no choice but to accept the very words of God on this contentious issue.  “Homosexuality is clearly condemned in the Bible,” says apologist Matt Slick.  “It undermines God’s created order when He made Adam and Eve, a man and a woman, to carry out His command to fill and subdue the earth (Genesis 1:28). Homosexuality cannot carry out that mandate. In addition, homosexuality undermines the basic family unit of husband and wife which is the God-ordained means of procreation.  Again, homosexuality cannot do that. And, believe it or not, it is also dangerous to society.” (Source)

Make no mistake.  Sexual relations outside the marriage bed—no matter how much you “love” the person–is an egregious sin.  Keep in mind that any professing Christian who lives in habitual sin could very well be a false convert.  Again, Jesus said “If you love me, you will keep my commandments” (John 14:15).  Anyone who rejects Jesus’ words will not inherit the Kingdom of God.  When people like Oprah Winfrey and apostate Rob Bell proclaim that there is no hell and that there’s many ways to heaven it’s best to tune them out. “There is a way that seems right to a man, but its end is the way to death” (Prov 14:12).

As an aside, it’s not just people of faith who believe same-sex sex is bad for society. Even some secularists oppose this behavior because they believe sodomy goes against nature, therefore they deem it unnatural, unhealthy and destructive to the human body. For them going against nature is no minor matter.  When we’re dealing with a person’s settled beliefs it becomes a matter of right and wrong.

Speaking of right and wrong, those who don’t care what others do “behind closed doors” should peruse the Center for Disease Control and Prevention’s (CDC) website.  There you will learn that people who practice sodomy—gay, bi or straight—have a far greater risk of contracting life threatening diseases. According to the CDC:

The incidence of HIV in gay and bisexual men is 44 times that of heterosexual men.

What’s hard to believe is that anyone who opposes this destructive behavior gets severely castigated.  These days those who oppose the homosexual agenda live in fear of being labeled a bigot.  Sadly, many Christians fear the wrath of the homosexual lobby more than they fear God’s wrath.  They seem to forget:

The fear of the LORD is the beginning of knowledge; fools despise wisdom and instruction (Prov 1:7). 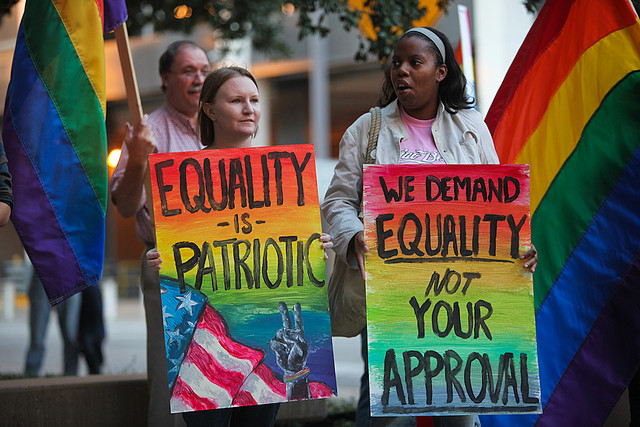 Now to the point of this piece.  In a blog post on Fire Breathing Christian, Scott Alan Buss asks: What if America had as many Christians as it does gay activists?  As I stated above, 70% of Americans say they’re Christians.  Even with that huge number, we lost the culture war.  We lost because our Christian leaders are inept.   Even so, Buss believes we can stop the mass insanity — if…

That’s what it took to move America to where it is now.

That’s all that was required to transition us from a people who at least  loosely based their morality on some vaguely understood and appreciated Christian foundation into one that is openly and proudly based on self-centered, self-referential, and self-serving lust.

That’s how much commitment on the ground was needed to shift us from cheering Wheaties-box Bruce Jenner as an example of All-American masculinity into a people that applauds Vanity Fair cover “Caitlyn” Jenner as the embodiment of “bravery” and “courage”.

Of all the many great and terrible lessons being taught to us now through the committed, believing, active 3% who have successfully stormed and pillaged the culture, one of the greatest and most important is this: 3% is enough.

With persistence, 3% is enough to move the culture from one extreme to another.

With belief in practice, the dedicated actions of 3% can accomplish what seemed impossible only 10 or 20 years earlier.

With faith in action, 3% can fundamentally change the world.

Let that soak in.

Let it sink in.

As much as it hurts, let it take root.

As much as it stings, let it linger.

As much as it exposes about our laughably non-Christian professing Christian culture in America over (at least) the past 100 years, let it take hold.

Then ask the question: What if just 3% of Americans were as committed to Christ in action as the 3% who are at this moment dancing on the grave of our dead culture?

What if only 3% of Americans took seriously the comprehensive life- and culture-defining reality of the Gospel-fueled Great Commission?

What if a mere 3% of Americans were consecrated by the grace of God to the propagation of His Kingdom through loving obedience to His crystal clear command to take every thought captive and make obedient disciples  of  all  nations (including – and starting with – our own)? (See: Matthew 28:18-20)

What would our law, politics, economics, art, and culture begin to look like then?

Put another way: What if just 3% of those living in “the Christian nation” of America were actually Christians?

We know now firsthand what a dedicated 3% of actual believers can do to a culture.

Isn’t the power of 3% amazing?

Isn’t the faith in action of 3% awe-inspiring?

Isn’t the amount and depth of profound change made possible by a believing 3% incredible?

3% can do otherwise unimaginable, unbelievable things through the persistent application of their faith in the real world.  (Continue reading)

I have nothing to add to Scott Alan Buss’s stinging rebuke, except that reading his piece made the hair on my arms stand up.  So – I’ll conclude with the wise words of The Cripplegate blogger, Mike Riccardi, as he passes on what the Church’s mission should be — with no hint that he has a fear of man:

That means that our mission, my fellow followers of Jesus, is not to retreat from this depraved culture, but to go into this depraved culture and herald the message of the Lordship of Jesus Christ. To tell a world drunk on its own arrogance that God is God, and they are not. That He makes authoritative declarations and pronouncements and judgments, and they do not. It is to tell this lost world that their sovereign Creator has made a declaration, and it is this: that all people everywhere must repent, because He has fixed a day in which He will judge the world in righteousness through a Man whom He has appointed, having furnished proof to all men by raising Him from the dead. And that on that day, at the name of His Son, the Lord of all the earth, Jesus Christ, every knee will bow, of those who are in heaven and on earth and under the earth, and every tongue will confess that Jesus Christ—not themselves—is Lord, to the glory of God the Father.  (Source)

2 Responses to 70% of Americans are Christians? Seriously?