Posted By Marsha West on August 7, 2015 in Politics
Share

Ohio Gov. John Kasich, a professing Christian, says that when it comes to same-sex “marriage” he holds the traditional view.  During Thursday’s debate he was asked  how he’d explain his opposition to same-sex “marriage” to a son or daughter who was gay or lesbian.  In his reply he admitted that he recently attended a gay friend’s wedding leaving the audience with the impression that he felt it was no big deal.  He chirped, “Because somebody doesn’t think the way I do doesn’t mean that I can’t care about them or I can’t love them.”  So in Kasich’s view those who compromise their religious values and beliefs are doing the loving thing?

Peter Ould, a former homosexual who now serves as a minister for the Church of England, is quoted in the article as saying:

“Marriage is a God-given ordinance that speaks to more than just the love between two people. Biblical teaching on marriage shows us that the union of a man and woman is the icon of the union of Christ and His Church,” he said. “The Book of Revelation envisions the great wedding feast at the end of time, the union of the Bridegroom and his bride.” 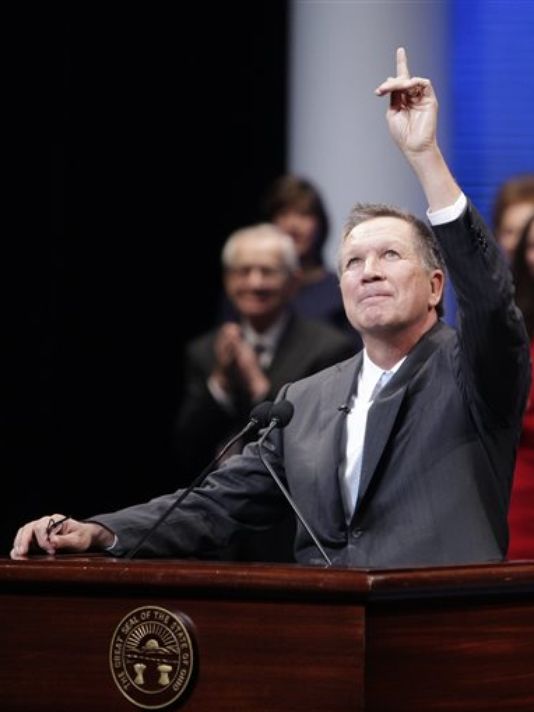 Presidential candidate John Kasich revealed during Thursday’s Republican national debate that he recently attended the “gay wedding” of his friend, citing “strong faith” and “God’s unconditional love” as factors in doing so.

Kasich, 63 and an Anglican, was asked by Fox’s Megyn Kelly, who served as one of the event’s moderators, what he would do if one of his children came out as a homosexual since he personally opposes same-sex nuptials.

“On the subject of gay marriage and religious liberty: Governor Kasich, if you had a son or daughter who was gay or lesbian, how would you explain to them your opposition to same-sex marriage?” she asked.

“Look, I’m an old-fashioned person here and I happen to believe in traditional marriage,” Kasich replied. “But I’ve also said that the court has ruled … and I said we’ll accept it.”

He then noted that although he has personal beliefs about marriage, he still attended the ceremony of a homosexual friend.

“[G]uess what? I just went to a wedding of a friend of mine who happens to be gay,” Kasich explained. “Because somebody doesn’t think the way I do doesn’t mean that I can’t care about them or I can’t love them.”

The Ohio governor then said that “strong faith” requires doing so.

“So if one of my daughters happened to be that, of course I would love them and I would accept them. Because you know what? That’s what we’re taught when we have strong faith,” he stated.

Kasich then asserted that the issue of same-sex “marriage” is divisive.

“Issues like that are planted to divide us,” he said. “I think the simple fact of the matter is—and this is where I would agree with Jeb, and I’ve been saying it all along—we need to give everybody a chance, treat everybody with respect, and let them share in this great in this great American dream that we have, Megyn.”