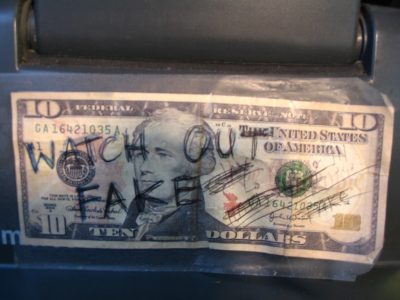 Have you ever run over a dead skunk in the road?  I have, during a heat wave.  The smell got into my tires and permeated our garage for days!  I’ll go out on a limb and say that no one takes pleasure in the highly offensive smell of skunk spray, dead or alive.

My point in bringing this up is that to God the stench of sin is far worse than skunk.  For an example of just how much the Lord hates sin, grab a cup of coffee and read First and Second Kings.  But given our penchant for wanting everything now, here’s a snippet from 1 Kings 16 to illustrate how God dealt with one of Israel’s most ruthless kings:

Since I exalted you out of the dust and made you leader over my people Israel, and you have walked in the way of Jeroboam and have made my people Israel to sin, provoking me to anger with their sins, behold, I will utterly sweep away Baasha and his house, and I will make your house like the house of Jeroboam the son of Nebat. Anyone belonging to Baasha who dies in the city the dogs shall eat, and anyone of his who dies in the field the birds of the heavens shall eat.  (1 Kings 16:1-4)

God had already destroyed Jeroboam for his flagrant sins, yet Baasha repeated the same mistakes.  God rebuked the Israelites for their sinful ways and vowed to punish them.

Fast forward to 2017.  According to a recent Pew Research survey, seven in ten Americans identify as Christians.  If this is accurate then how is it that so many professing Christians behave pretty much the same way as the pagans did when Baasha was king?

Scripture teaches that Christians are to have a biblical foundation and that the Christian’s behavior should be Christlike.  Yet many who say they’re followers of Jesus wallow in sin!

Admittedly, when someone’s new to the faith it takes a while for the fruit to become ripe.  In other words, reaching maturity is a process. Sanctification, as the Bible calls it, doesn’t happen overnight.  There comes a time, though, when the vine brings forth fruit.  However, when a fruit tree remains barren year after year, one can’t help but wonder if the tree was pollinated.

One of my favorite pastimes is discussing (debating, dissecting) the Bible with brothers and sisters in Christ.  So it troubles me when I strike up a conversation with a long time believer who knows very little about the Bible.

Most Christians have heard the verse, “Sanctify [set apart for a holy use] them in the truth; your word is truth. John 17:17  Through reading and studying God’s Word, believers will learn about Christ, with their goal being to become more like Him. Moreover, they’ll grow in their faith and receive divine guidance on how to live their lives.

To have a close relationship with a person we must get to know them.  So the obvious course of action is to ask probing questions.  We’ve got to dig below the surface to uncover the intimate details of his/her life.  If we’re not interested in a meaningful relationship, we won’t probe!

Because our Father in heaven loves His children, His desire is to be in relationship with each one of us – to pull His beloved into a bear hug!  Those who sincerely wish to be in relationship with the Father must dig deep into the scriptures, because that’s the one and only place to learn about God and His ways. “What we believe about God,” said A. W. Tozier, “is the most important thing about us.”

Nothing should stand in the way of spending a few minutes each day with the King of kings and Lord of lords.  While we sit at His feet we can thank Him for our many blessings; we can pour out our hearts to Him and even make requests, trusting that the answers to our prayers will come.  Sitting at His feet, our hurts will be healed and our joy restored.  1 Thessalonians 5:16-18 says, “Rejoice always, pray without ceasing, give thanks in all circumstances; for this is the will of God in Christ Jesus for you.”

Countless Christians admit to not reading their bibles regularly, they hardly ever pray, rarely attend church, they’re not in a Bible study nor do they study on their own.  Moreover, meeting with other believers isn’t a priority.

Getting back to my point—sin.  The Bible says Christians are not to tolerate blatant sin.  Furthermore, we must stop sinning.  Take for example sexual sin.  In this day and age, many professing Christians ignore the fact that one of the gravest sins we commit is sexual sin.  Having sexual relations outside of marriage (the biblical understanding of marriage is the union of a man and woman) goes against the clear teaching of Scripture. 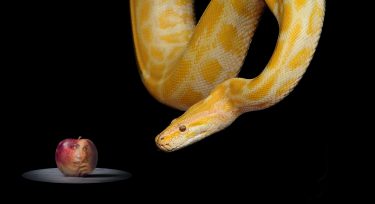 Our warped natures, the devils who tempt us, and all the contemporary propaganda for lust, combine to make us feel that the desires we are resisting are so ‘natural,’ so ‘healthy,’ and so reasonable, that it is almost perverse and abnormal to resist them. Poster after poster, film after film, novel after novel, associate the idea of sexual indulgence with the ideas of health, normality, youth, frankness, and good humour. Now this association is a lie. Like all powerful lies, it is based on a truth …that sex in itself (apart from the excesses and obsessions that have grown round it) is ‘normal’ and ‘healthy,’ and all the rest of it. The lie consists in the suggestion that any sexual act to which you are tempted at the moment is also healthy and normal.  Now this, on any conceivable view, and quite apart from Christianity, leads to impotence, disease, jealousies, lies, concealment, and everything that is the reverse of health, good humour, and frankness. For any happiness, even in this world, quite a lot of restraint is going to be necessary; so the claim made by every desire, when it is strong, to be healthy and reasonable, counts for nothing. Every sane and civilized man must have some set of principles by which he chooses to reject some of his desires and to permit others. One man does this on Christian principles, another on hygienic principles, another on sociological principles. The real conflict is not between Christianity and ‘nature,’ but between Christian principles and other principles in the control of ‘nature,’ for ‘nature’ (in the sense of natural desire) will have to be controlled anyway, unless you are going to ruin your whole life. (Excerpt from Book III, Chapter 5, of Mere Christianity)

There’s no getting around it.  Sex without holy matrimony is a sin, so “quite a lot of restraint is going to be necessary” if one wishes to be God-honoring and obedient.

Our Lord spoke plainly when He said, “If anyone serves me, he must follow me; and where I am, there will my servant be also. If anyone serves me, the Father will honor him.”  John 12:26   And, “If you love me, you will keep my commandments.” John 14:15  Jesus wasn’t just addressing the apostles; what He stated was meant for all those who have placed their faith in Him!

Those who professes Christ and behave like heathens may find themselves lopped off the vine – and not because God is mean and intolerant.  On the contrary.   God is long suffering, not willing that any should perish.

Authentic Christians understand that God loves us…that Jesus Christ died on the cross for our sins…that His crucifixion was the ultimate act of love.  What many believers fail to understand, though, is that the Creator is holy.  Christians, of all people, should understand that we serve a holy God.  So let’s go to Isaiah 6:1-7 for a glimpse of the prophet’s vision of God:

And the foundations of the thresholds shook at the voice of him who called, and the house was filled with smoke. And I said: “Woe is me! For I am lost; for I am a man of unclean lips, and I dwell in the midst of a people of unclean lips; for my eyes have seen the King, the Lord of hosts!”

Then one of the seraphim flew to me, having in his hand a burning coal that he had taken with tongs from the altar. And he touched my mouth and said: “Behold, this has touched your lips; your guilt is taken away, and your sin atoned for.” 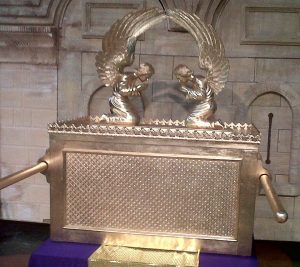 The prophet, standing outside the temple, sees the Divine Presence seated on the mercy-seat, raised over the ark of the covenant, between the cherubim and seraphim, and the Divine glory filled the whole temple. See God upon his throne. This vision is explained, John 12:41, that Isaiah now saw Christ’s glory, and spake of Him, which is a full proof that our Saviour is God. In Christ Jesus, God is seated on a throne of grace; and through him the way into the holiest is laid open. See God’s temple, his church on earth, filled with his glory. His train, the skirts of his robes, filled the temple, the whole world, for it is all God’s temple. And yet he dwells in every contrite heart. See the blessed attendants by whom his government is served. Above the throne stood the holy angels, called seraphim, which means burners; they burn in love to God, and zeal for his glory against sin. The seraphim showing their faces veiled, declares that they are ready to yield obedience to all God’s commands, though they do not understand the secret reasons of his counsels, government, or promises. All vain-glory, ambition, ignorance, and pride, would be done away by one view of Christ in his glory. This awful vision of the Divine Majesty overwhelmed the prophet with a sense of his own vileness. We are undone if there is not a Mediator between us and this holy God. A glimpse of heavenly glory is enough to convince us that all our righteousnesses are as filthy rags. Nor is there a man that would dare to speak to the Lord, if he saw the justice, holiness, and majesty of God, without discerning his glorious mercy and grace in Jesus Christ. The live coal may denote the assurance given to the prophet, of pardon, and acceptance in his work, through the atonement of Christ. (Source)

I’ll close with a warning to those who profess Christ and act like the devil.  In his book The Holiness of God, Dr. R.C. Sproul explains that every single sin a person commits is a capital offense.  “Sin is cosmic treason,” says Dr. Sproul. “Sin is treason against a pure Sovereign. It is an act of supreme ingratitude toward the One to whom we owe everything, to the One who has given us life itself.”

Book: The Holiness of God By R.C. Sproul

Book: Know What You Believe: A Practical Discussion of the Fundamentals of the Christian Faith By Paul E. Little

5 Ways Christians Should Judge
What Is Discernment?

77 Responses to A Culture of Counterfeit Christians