Posted By Marsha West on March 9, 2017 in Discernment
Share

Sinclair Ferguson of Ligonier Ministries reminds us, “the only worthwhile discernment we possess is that which we receive in union with Christ, by the Spirit, through God’s Word.”

How does discernment affect the way we live? Ferguson suggests four ways.  Discover what those four ways are so that if you are in bondage to an unbiblical way of life, you will be set free.  He writes: 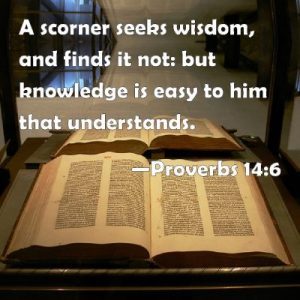 Someone I know recently expressed an opinion that surprised and in some ways disappointed me. I said to myself, “I thought he would have more discernment than that.”

The experience caused me to reflect on the importance of discernment and the lack of it in our world. We know that people often do not see issues clearly and are easily misled because they do not think biblically. But, sadly, one cannot help reflecting on how true this is of the church community, too.

Most of us doubtless want to distance ourselves from what might be regarded as “the lunatic fringe” of contemporary Christianity. We are on our guard against being led astray by false teachers. But there is more to discernment than this. True discernment means not only distinguishing the right from the wrong; it means distinguishing the primary from the secondary, the essential from the indifferent, and the permanent from the transient. And, yes, it means distinguishing between the good and the better, and even between the better and the best.

Thus, discernment is like the physical senses; to some it is given in unusual measure as a special grace gift (1 Cor. 12:10), but some measure of it is essential for us all and must be constantly nourished. The Christian must take care to develop his “sixth sense” of spiritual discernment. This is why the psalmist prays, “Teach me good judgment and knowledge” (Ps. 119:66).

The Nature of Discernment

But what is this discernment? The word used in Psalm 119:66 means “taste.” It is the ability to make discriminating judgments, to distinguish between, and recognize the moral implications of, different situations and courses of action. It includes the ability to “weigh up” and assess the moral and spiritual status of individuals, groups, and even movements. Thus, while warning us against judgmentalism, Jesus urges us to be discerning and discriminating, lest we cast our pearls before pigs (Matt. 7:1, 6).

A remarkable example of such discernment is described in John 2:24–25: “Jesus would not entrust himself to them … for he knew what was in a man” (NIV).

This is discernment without judgmentalism. It involved our Lord’s knowledge of God’s Word and His observation of God’s ways with men (He, supremely, had prayed, “Teach me good judgment … for I believe Your commandments,” Ps. 119:66). Doubtless His discernment grew as He experienced conflict with, and victory over, temptation, and as He assessed every situation in the light of God’s Word.

Jesus’s discernment penetrated to the deepest reaches of the heart. But the Christian is called to develop similar discernment. For the only worthwhile discernment we possess is that which we receive in union with Christ, by the Spirit, through God’s Word.

So discernment is learning to think God’s thoughts after Him, practically and spiritually; it means having a sense of how things look in God’s eyes and seeing them in some measure “uncovered and laid bare” (Heb. 4:13).   Continue reading

Have Christians Lost the Art of Biblical Discernment By Marsha West

6 Responses to What Is Discernment?