Posted By Marsha West on October 13, 2017 in Charismatic, Discernment
Share

In the following piece over at TheoLatte, Dan DeWitt appeals to professing believers to consider the ramifications of God actually speaking to His people in any way except through the Holy Spirit inspired scriptures. For example, “what happens if God says something contradictory to someone else? Who is the judge? Are you? Are they? Who decides?” The answer is that we’d need an “external reference point by which to help judge each other’s claims.” Ever considered that, brethren? Dan has. Which is why he tackles the ongoing debate over whether God’s sheep receive special revelation. He writes: 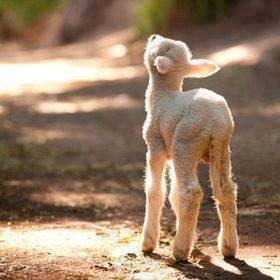 “Will you at least whisper, Father. Or give me a sign…something, anything personal so I’ll know it’s you.”

Why doesn’t God just talk to me? Have you asked that before? Why should it require hundreds of years, a bunch of dead old guys from who knows where, and something called a “manuscript tradition,” for you to hear from God?

So, here’s a few reasons why it’s better for you that God has chosen to speak to you through his Word rather than waking you up in the middle of the night with an audible, “Hey you! Get out of bed and listen up!”:

First, if God spoke to you there would always be that lingering doubt that you might have been wrong. What if it was just the late night Taco Bell run and not some divine communication? You would spend a lifetime second guessing your private word from God with never having an external reference point or standard by which to judge the truthfulness of your experience.

Second, if God spoke to you, what happens if God says something contradictory to someone else? Who is the judge? Are you? Are they? Who decides? You would need some external reference point by which to help judge each other’s claims.

Third, if God spoke to you, what if you were to forget, remember wrongly, or even experience some tragic brain injury? These words would be potentially lost forever. How might the words of God be preserved?

Might you write them down for future generations? That sounds like an interesting plan . . . a pretty good idea. Too bad it’s not original. Of course anyone who read what you wrote down could always think, “Well, that’s fine and good that God spoke to so and so, but why doesn’t he just speak to me?” This could go on and on.  Continue reading

Discernment Made Easy: A List of Celebrity Christians Who Declare The Bible Insufficient by Bud Alheim