According to Jordan Standridge of The Crippplegate, “The smartest man in the universe, a man who learned rocket science in his spare-time for fun, believes that we are in a video game.”

To discover what some really really smart people believe about reality, read Standridge’s blog post “Elon Musk and the Arrogance of Man.” 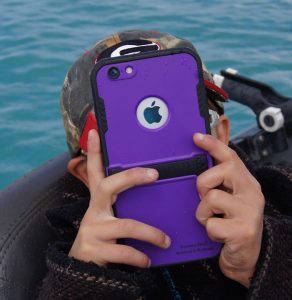 Imagine a video game. In this video game, the graphics are so advanced that they are indistinguishable from reality. In fact, the game is so realistic that the characters in the game believe that they are actually living human beings. Impossible, right?

Not so, according to Elon Musk.

Elon Musk is one of the brightest minds in the world. In fact, several rocket scientists believe that Elon Musk might be the smartest human to ever live. He was one of the founders of Paypal. After selling that company, he founded Tesla, a company that produces cars that run on electricity. He also started Solar City, a company that produces solar panels. Last but not least, he runs SpaceX, an American aerospace manufacturer and space transport services company hoping to colonize Mars one day. (He is pretty confident that he will be able to do so before the end of his life.)

Elon Musk was recently the keynote speaker at a big conference. During the Q & A section, he was asked a question that everyone thought was pretty comical.

To everyone’s shock, he said that he’s had so many simulation type conversations that it’s not even funny. He mentioned that it got to the point where every conversation became the simulation/artificial intelligence conversation, and that he and his brother had to ban it from the hot tub because “It killed the mood”. Of course, this statement made the entire room laugh hysterically, and just about everyone thought it was over.

But Elon wasn’t ready to move on, he added,

The strongest argument for us being in a simulation probably is the following. Forty years ago, we had pong. Pong is basically two rectangles and a dot. That was what video games were. 40 years later, we have photorealistic, 3D simulations with millions of people playing simultaneously, and it’s improving every year. Soon we’ll have virtual reality, augmented reality, etc. If you assume any rate of improvement at all, the games will become indistinguishable from reality, even if that rate of advancement drops by a thousandth from what it is now. Then you might say, “Okay, let’s imagine it’s 10,000 years in the future!” which is still nothing on the evolutionary scale.

So given that we’re clearly on a trajectory to have games that are indistinguishable from reality, and those games could be played on any set-top box or PC or whatever, and there would probably be billions of such computers or set-top boxes, it would seem to follow that the odds that we’re in base reality is one in billions.

Tell me what’s wrong with that argument.

No, seriously. What’s wrong with that argument?

In other words, there is a one-in-a-billion chance that we are not in a video game.  Continue reading

Jihadist Mass Murder In America; Will Russell Moore Continue To Ally The SBC With Evil?
Comparing A Beth Moore & Martyn Lloyd-Jones Teaching On the Same Verse

3 Responses to Are we living in simulations indistinguishable from reality?