In this piece Lee Duigon, contributing editor with the Chalcedon Foundation, addresses the left’s fabrication that abortion mill Planned Parenthood is “doing God’s work.”   Duigon isn’t buying it,  He says scornfully: “As if God’s work were to kill babies in the womb and auction their organs. Can you say “blasphemy”?” 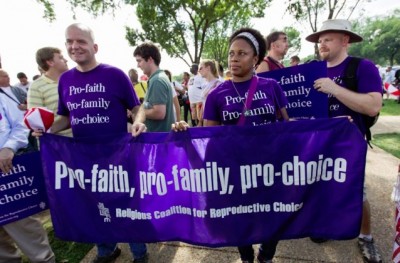 “Thou shalt not take the name of the Lord thy God in vain.”

That’s the Third Commandment. It’s bad enough when we laymen break it—a bad habit which we learn from our debased popular culture. Just listen to the way they talk. But it’s worse when persons who proclaim themselves to be servants, ministers, and voices for God trample the commandment underfoot.

Now that the whole world has seen the videos of Planned Parenthood honchos selling off the parts of slaughtered babies, the defense of abortion has shifted into high gear. Blame the whistle-blower, get a Democrat judge to stop the release of any more videos. Call names. Anyone who displays any opposition to abortion must be a misogynist, a devotee of fetus worship, and a “forced-birth advocate.” Planned Parenthood has even recruited a “clergy advocacy committee” to proclaim to the public that the abortion giant is “doing God’s work”. As if God’s work were to kill babies in the womb and auction their organs. Can you say “blasphemy”?

But this is to take God’s name in vain. Not just blurting out something when you hit your thumb with a hammer. No—this is to try to use God as a false witness against His own written word, the Bible. And it’s done every day by persons who are supposed to know better.

This is a bunch of renegade clergy and ministerettes first organized some forty years ago, because they thought abortion worth defending. They’re all about “Reproductive Justice,” which means abortion. Note: whenever libs or progs use the word “justice,” they’re up to no good.

Where do they come from? According to their website, the Episcopal Church, Presbyterian Church USA, United Church of Christ, United Methodist Church, Unitarian Universalist Association, and Reformed, Reconstructionist and Conservative Judaism — as fine a collection as you’ll ever see of little tin antichrists.

This bunch is at pains to convince Christians that God says it’s okay to abort your baby. To do this, they present what they call “new voices within the Bible”—bits of the Scriptures which supposedly authorize abortion. For instance, they cite Exodus 21:22-23, a law which says that if men, while fighting, accidentally hurt a pregnant woman and cause a miscarriage, the guilty party has to pay a fine. “Aha! It’s only a fine! Therefor the Bible says the baby in the womb is not a human being! Now, what am I bid for this plateful of little hands and feet?” 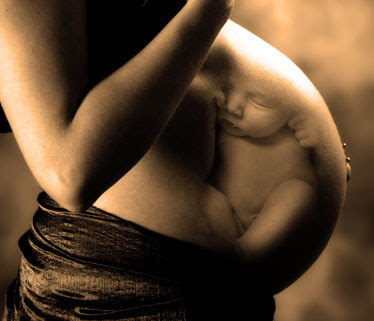 Uh-huh: we have been here before. Thirty seconds before emerging from the mother’s body, the baby is not a human being. Thirty seconds afterward, he is. Until someone finds some additional “new voice within the Bible” that says you’re not human until you attend your first gay pride parade.

Oh! But the Bible is not clear about abortion! What about Numbers 5:11-31? Huh? Huh? Doesn’t that prescribe what we can only call a Bronze Age morning-after pill?

Actually this passage describes a kind of trial by ordeal for a woman suspected of adultery. She is to drink a mixture of harmless ingredients prepared by the priest; and, if she is guilty, her belly will swell and her thigh will rot. I doubt many women would be proved guilty by such a test. Nor would it be likely to do any harm.

Bear in mind that the alleged churches from which the Religious Coalition for Reproductive Choice draws its membership are infamous for their embrace of all sorts of heretical twaddle, from worship of “Goddess Sophia” to performing same-sex parodies of marriage. They are old hands at trying to get God to bear false witness against Himself.

If the Bible is not the word of God, then we don’t have God’s word, period. But it is God’s word, and we are meant to take it seriously.

Over and over again in the Bible, God pledges Himself to defend the helpless and avenge them—widows, orphans, the poor, strangers, and others. He makes it clear that crimes against the defenseless are especially abhorrent to Him.

Who is more helpless than a baby in the womb?

But these babies have a powerful avenger; and when those faux clergy stand before His judgment seat, then they will find out what the word “justice” really means.

The cult of personality: The darkness under the evangelical limelight
Genetic research scientist: likely some aborted babies are “alive until their hearts are cut out”