Pamela Couvrette of Guarding the Deposit lays out the marks of a cult from a theological standpoint.  She even “names names” (gasp!) of several celebrity wolves and wolverines.  Pam has provided videos so that we can watch them spew egregious heresy.  You won’t want to miss Steven Furtick performing “Hey Haters.”

I sell the things you need to be
I’m the smiling face on your TV
I’m the cult of personality
I exploit you, still you love me
I tell you one and one makes three

These lyrics from the 1984 song “Cult of Personality” (by the band Living Color) aptly describe the many preachers and teachers found in Christian media, megachurches, bookstores, and at conferences. Wikipedia states: “A cult of personality arises when an individual uses mass media, propaganda, or other methods to create an idealized, heroic, and at times, worshipful image, often through unquestioning flattery and praise.” These prominent ‘Christian’ leaders deliver these false gospels and teachings, which flatter the ego and praise the flesh. They exploit the sheep, lie, (2 Peter 2:1-3) and tickle the carnal Christian’s ears with what the Christian desires to hear (2 Timothy 4:3), while they themselves are revered and put up with easily enough (2 Corinthians 11:4).

When we think of a cult, usually Jehovah’s Witnesses, the religion of Scientology, or someone like David Koresh comes to mind, as we’ve become accustomed to determining which group is a cult, based on society’s definition. However, cults and their leaders can be determined from a theological basis as well. While we can examine prominent leaders in the visible church from the societal viewpoint (which include devotion toward a particular figure, having beliefs regarded by others as strange or sinister or having a misplaced admiration for a particular person), I’ll use a theological viewpoint to show how some evangelicals in the limelight exhibit the traits of cult leaders. I’ll show how they teach so-called truths that deviate from the Christian faith.

Marks of a Cult–From a Theological Viewpoint

While society is concerned with whether a cult is physically dangerous, the theological viewpoint determines if a cult is spiritually dangerous, based on whether the original doctrines of biblical truth have been distorted. This is important because spiritual deception and heresies may have devastating eternal consequences.

The following points demonstrate how some evangelicals (personalities) in the limelight distort the original doctrines of biblical truth.

Teachings and practices not found in Scripture flourish due to some popular Christian leaders. These practices include: contemplative prayer, spiritual formation, lectio divina,prayer circles, deliverance ministries and false spiritual warfare teachings; mysticism,psychology,  positive thinking and humanism, word of faith teachings, modern-day prophecies, heaven and hell ‘tourism‘, the slain in the spirit phenomenon, to name but a few. Additionally, there are many women pastors who disobey God’s command that women should not teach men; sadly, many popular leaders support these women. Many high-profile teachers also support gay marriage through the lens of distorted scripture. Rachel Held Evans is an example of one who teaches men and who supports gay marriage: 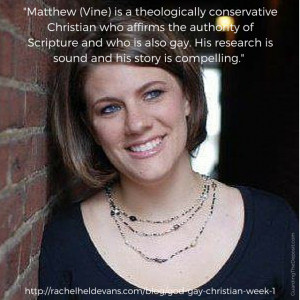 2. These Personalities Promote a Wrong View of God and/or Man

Many popular leaders have a wrong view of the members of the Trinity: T.D. Jakes is aModalist, John Hagee denies Jesus claimed to be the Messiah, Brian Houston of Hillsong claims Muslims and Christians serve the same god (1:30 minute mark), while Benny Hinn, Paul Crouch and Kenneth Copeland proclaim we are gods.

The Word of Faith Movement is notorious for elevating man while mocking God’s sovereignty and providence, as recorded here:

3 Responses to The cult of personality: The darkness under the evangelical limelight