Over at Big Planet Watch, Merrill Olson offers reasons why our “Christian Nation” appears to be under God’s judgment and gives examples of how blatant Christian persecution is on the rise. 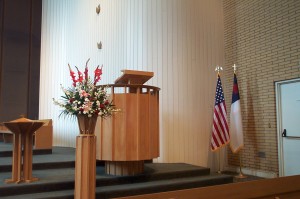 In a recent Gallup Poll, December 2014, more than 90% of 173,490 U.S. citizens surveyed said that they identify themselves as Christians.  This means that many consider America to still be a Christian nation.  However, is this true realistically?

The confusion is evident as seen in American society.  For example, just recently Dr. Michael Lehr, a high school principal in Manchester High School in Georgia, was informed that his contract would not be renewed.  Why?  The reason is that he prayed and read the Bible with a group of students during a meeting of the Fellowship of Christian Athletes.  The bizarre thing about it is that he was only filling in for the leader of the organization.  Nevertheless, the school district superintendant fired him.

The question can be asked:  What if Dr. Lehr was a Muslim and read the Koran and knelt with a group of Muslim students with his prayer rug?  I doubt the superintendant would have even questioned it.  This is pure bias!  Actually, it is persecution against Christians. It shows how lopsided the superintendant’s thinking is in releasing a well-respected principal for simply reading and praying with a Christian association.

Today, people cannot even pray at football games nor have the Lord’s Prayer read in public.  We are living in a time when the anti-God religious, political, and social revolution is growing.  America is manifesting a burgeoning neo-pagan culture.  Atheists, neo-pagans, hedonists, and liberals are waging war against Christianity.

For instance, just recently, Tony Perkins, President of the Family Research Council, was invited to be on CBS News “Face the Nation.”  The invite had to do with the Supreme Court and same-sex marriage.  Instead of being a cordial conversation, it has been described as a “Professional Ambush.”   The host, Bob Schieffer, attacked the Family Research Council as being an “Anti-gay hate group.”  He also used discredited intelligence from the Southern Poverty Law Center to bolster his arguments.  It was truly an attack on biblical Christianity and against Judeo-Christian beliefs that have been the foundation which has undergirded the national structure.

The present war in America against Christians is truly in line with what Brent Bozell, the President of the Media Research Center, has stated. He said, “The character assassination underway against Christians is something that five years ago was unimaginable.”   However, as time goes on and the Lord tarries His coming, it is going to get worse.  The “spirit of the Antichrist…which is now already in the world” (1 John 4:3) is truly evident.  This “spirit” hates Jesus, and it despises those who profess Him.  Tragically, the persecutors are influenced and some empowered by this evil “spirit.”  This is why they do what they do against followers of Christ and His Word, the Bible.

Where is America at today, a nation once blessed beyond any other on this planet?  Is it at a tipping point as God gradually removes His blessing and allows it to become a “has been” on the world stage?  Someday it will face Christ’s judgment as “all the nations [peoples] will be gathered before Him” (Matt. 25:31). He will judge them!