Can you guess who said marriage’s “primary, principal role during those millennia has been the raising and socializing of children for the society into which they are to become adults”?  No idea?  Alrighty then, which noted leader uttered these words with a straight face:  “Now, for me as a Christian — for me — for me as a Christian, it is also a sacred union. God’s in the mix.” You’ll have to read Bill Muehlenberg’s article to find out whose position on same-sex “marriage” has “evolved.” 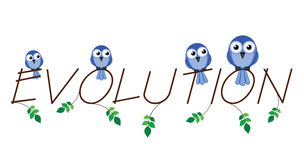 Noted leaders have “evolved” and changed their tune.

I have spent the afternoon doing a fair amount of research, and I have come up with a great collection of pro-marriage and family quotes from various noted leaders and VIPs from here and abroad. They all take a solid stand against homosexual marriage and for the time-honoured understanding of marriage.

As they champion marriage and family, they also remind us of the importance of looking after the well-being of children. They understand that children deserve a mother and a father – and married ones at that. Consider these comments from various Australian leaders:

1. “We believe the marriage act is appropriate in its current form, that is recognising that marriage is between a man and a woman.”

2. “The party’s position is very clear that this is an institution that is between a man and a woman.”

3. “I have a pretty basic view on this, as reflected in the position adopted by our party, and that is, that marriage is between a man and a woman.”

4. “I think for our culture, for our heritage, the Marriage Act and marriage being between a man and a woman has a special status.”

5. “Marriage reform … is a distraction from more important issues, at best unnecessary and at worst dangerous”.

6. “I do find myself on the conservative side in this question.”

If all that common sense and sound morality is not enough, let me offer some more examples of this from some key American leaders:

7. “I believe marriage is not just a bond but a sacred bond between a man and a woman.”

8. “I believe that marriage is the union between a man and a woman.”

9. Marriage’s “primary, principal role during those millennia has been the raising and socializing of children for the society into which they are to become adults.”

10. “I have long opposed governmental recognition of same-gender marriages.”

Wow, those are some very solid statements by key leaders supporting marriage and resisting the agendas of the activists. So just who are these folk? Obviously they must all be from the religious right, the moral majority, and so on. No “progressive” would be caught dead saying such things.

Who then are these folks who say marriage is only between a man and a woman? Hateful bigots obviously, as the other side would insist. Fortunately I have fully documented all these comments, and I can reveal here who these people are. For each quote above I offer the person who said it, the approximate date, and a link. Continue reading