According to Christian Examiner the disgraced grandson of evangelist Billy Graham is finding it difficult to keep a low profile after the news broke that the celebrity pastor had  broken his wedding vows.  As a result of his moral failure he was required to resign his position as senior pastor of Coral Ridge Presbyterian Church.  Surprisingly, Tchividjian didn’t step out of the spotlight as he should have, which prompted Carl Trueman to write, “I have no idea why he has this compulsive need to make the whole of his life a public performance or why people fall for it.”  Indeed.

Sad to say that Tullian Tchividjian can now relate to Proverbs 13:15: “Good understanding giveth favour: but the way of transgressors is hard.” 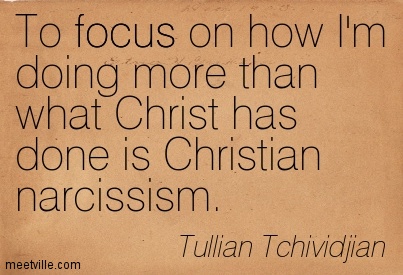 After a brief hiatus from social media, Tullian Tchividjian, the Florida mega-church pastor who resigned in June after admitting an affair, is back online — this time transparently asking followers advice about stewardship and admitting he spends his days focused on looking for a way to pay his bills.

“My days are spent focusing on my family along with finding a job so that bills can be paid,” Tchividijian wrote in a Facebook message at the end of July which was shared 863 times and receives 5,278 “Likes.”

“But one of the big questions I’ve wrestled with is, how do I properly steward this glorious ruin? To be quite honest, I want to crawl into a hole and be anonymous for a long, long time,” he wrote.

However, Tchividjian told supporters, though he’s “tempted to hide until [he is] ‘shiny’ again,” if he did so, he would “undermine the message” of the Gospel.  Continue reading

One Response to Messy place of grace: Tullian Tchividjian wonders how he will pay bills after affair