Derryck Green of Juicy Ecumenicism makes it clear that, when determining what is right and wrong, good and evil from a biblical perspective, those who call themselves “progressive Christians” (liberals) are in no position to take the moral high ground.  Green lays into those who pose as evangelicals but whose main goal is the redefinition of traditional Christianity, people such as popular author, blogger and speaker Rachel Held Evans and Jim Wallis of Sojourners, a far-left organization.   Green closes his piece with this challenge for wolves in sheep’s clothing: “If progressive Christians are really concerned about the future of their faith, they may want to consider what faith is really of concern – Leftism or Christianity.”

Now listen to what Derryck Green has to say about the snare of liberal “Christianity”: 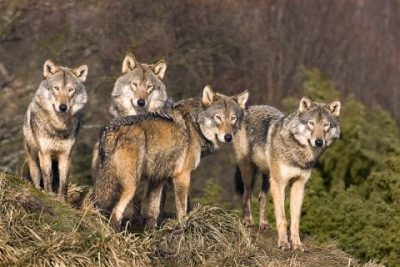 A week after the election, the Huffington Post published a blog entry in which Progressive Christians suggested what like-minded Christians should do in order to “take back their faith.”

The responses were predictably representative of left-wing Christianity, which centered on re-emphasizing social justice issues and identity politics as the “loving,” compassionate, anti-Trumpian counterpart to the hate-filled Christianity of the right. Also predictably representative was the tone of unearned moral superiority in the responses of the progressive Christians interviewed – and progressive Christians in general.

We’re about to witness firsthand what happens when the established Church compromises its moral authority and sells out the marginalized ― refugees, immigrants, religious and ethnic minorities, sexual assault survivors, the sick and those with disabilities, and LGBT people ― for the promise of power. It won’t be pretty.”

“Maybe what’s happening is progressive people of faith are finding ways to connect around our shared beliefs that all people are children of God … All of those people are joining together right now, we’re… plotting and planning how to resist together… to me is the new religion, the new Christianity.”

Jim Wallis, founder of Sojourners and author of America’s Original Sin, claimed, “White Christians voted just like white people in America did, and being Christian didn’t matter much. So how do we teach white Christians, white evangelicals to be more Christian than white? That’s the issue going forward.”

Wallis – reflecting on Jesus’ counsel regarding the relationship between treating a ‘stranger’ and treating Jesus – suggested that pastors allow their churches to become sanctuaries to protect illegal aliens from deportation.   Continue reading

Liberals created the culture of evil and death by Marsha West

What is ‘Bridal Mysticism’? And why is it so prevalent?
Calvary Chapel Association Announces Complete Separation from Brian and Cheryl Brodersen, CC Costa Mesa, and the CC “Global Network”