“Where did holiness go?” wonders David Schrock. “Evangelicals who only speak profusely of God’s love,” says Schrock, “have too often discarded his holiness. As A. W. Tozer observed more than a generation ago, ‘we lack reverence—not because we are free in the gospel, but because God is absent, and we have no sense of His presence.’ We offer to others a message of salvation from judgment, when we ourselves do not tremble before God.”

In this piece over at Credo Magazine, Dr. Schrock helps us rediscover the Holiness of God. He writes: 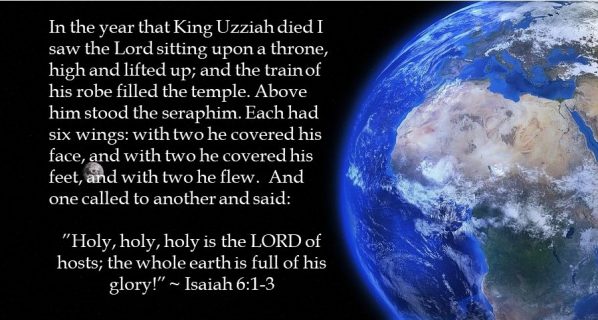 Note then the kindness and severity of God: severity toward those who have fallen,but God’s kindness to you,  provided you continue in his kindness.

When God created Adam and Eve, he endowed them with righteousness and a limitless capacity to delight in God’s holiness. On the hill of the Lord, they were to worship and work, as they extended the boundaries of God’s garden-temple. For Eden was more than an ancient garden for planting; it was an arboreal sanctuary where God’s priestly children daily walk in the presence of God’s holiness.

Sadly, this original design was lost when the first couple rebelled against his word (Gen 3:1–6). Seeking to be like God, they spurned their Creator. In the fall, they traded God’s holiness for the profane. Ever since, humanity has been chasing glory with impure hands and unholy hearts.

Idolatry: A Journey into the Profane

In Scripture, sin finds its source in idolatry. Borrowing imagery from the fall, Paul speaks of humanity’s plight: “For although they knew God, they did no honor him as God or give thanks to him, . . . Claiming to be wise, they became fools, and exchanged the glory of the immortal God for images” of created things (Rom. 1:21-23).

As image-bearers, we abound in worship. Humankind has worshiped beasts, birds, business ventures, and ballplayers. Even Israel turned God’s holy law into an idol (see Romans 2). In short, all have sinned and fallen short of God’s holiness.

In response, God warns those who worship false gods. He also indicts those who worship God falsely. For instance, 3,000 men died when Israel worshiped God by means of a golden calf (Exod. 32). Of note, Aaron didn’t lead Israel to stray from Yahweh (the first commandment); he led them to break the second commandment—the fashioning of a graven image.

Likewise, leprosy broke out on Uzziah’s forehead when he presumed to worship the temple (1 Chron. 26). And before him, Uzzah perished by putting his hand out to keep the Ark of the Covenant from falling (1 Chron. 13). Apparently, the dirty ground was cleaner than Uzzah’s flesh!

Each of these episodes speaks of God’s holiness and man’s profane attempts to approach God on our own. God will not stand for sinful men to worship him as they choose. Rather, he is looking for worshipers who tremble at his holiness and humbly receive his cruciform grace.   Continue reading

R.C. Sproul’s series on the Holiness of God

Book: The Holiness of God By R.C. Sproul

A culture of counterfeit Christians By Marsha West