Posted By Marsha West on May 6, 2015 in Purpose Driven
Share 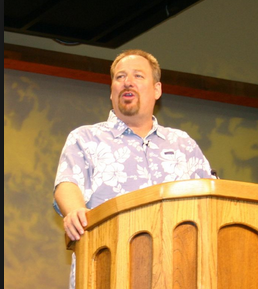 The prestigious award given to Rick Warren is an indication of how little discernment the Christian community has.  To name The Daniel Plan book of the year, when the men who helped Warren write his weight-loss plan are proponents of New Age/New Thought mysticism, to include Oprah’s “favorite doctor,” Mehmet Oz, is a travesty.  Obviously Christians who purchased the book are unaware that Dr. Oz is a Muslim and has been influenced by the mysticism of Sufi Muslims and is keen on the ideas of cultist mystic Emanuel Swedenborg.

Who are the co-authors of the book?  Noted doctors Mark Hyman and Daniel Amen.  Dr. Amen, who is a professing Christian, is a psychiatrist and brain imaging specialist and a practitioner of Tantra, which is the use of Hinduistic-type mysticism during sexual intercourse. Dr. Mark Hyman is a practitioner in alternative therapies in health and medicine and is a secular Jew.  So the burning question is: Why would a Christian pastor elicit the services of doctors who are up to their eyeballs in the occult to help write The Daniel Plan: 40 Days to a Healthier Life?  Inquiring minds want to know.

Those of you who are unfamiliar with Pastor Warren’s witch’s brew can read about it here.

The Washington Post had this piece on the award:

The Book of the Year award was presented, along with additional prizes in various categories, at the Evangelical Christian Publishers Association’s annual banquet in Nashville, Tenn.

Warren, the founder of the Saddleback mega-church in Lake Forest, Calif., began writing “The Daniel Plan” after noticing that he and many of his congregants had grown too fat. While preaching one Sunday, he asked if anyone would like to join him in a biblically based effort to exercise, eat better and lose weight. More than 12,000 people immediately signed up. Legions more have since joined the cause through his interactive Web site, which offers an inspirational workout music CD, a DVD that demonstrates his “comprehensive fitness system based on God’s power, not just will power,” and “The Daniel Plan Cookbook.” (Daniel-branded moisture-wicking T-shirts are available, too.)

“The Daniel Plan” takes its title from the Bible story in which young Daniel refuses to defile himself with meat or wine from the Babylonian king’s table. Warren’s program involves working with a small group, exercising regularly, avoiding processed foods and eating a diet that emphasizes fruits and vegetables. But the “special sauce,” he says, is faith and friends.

Warren is no newcomer to the bestseller list, of course. His 2002 devotional book “The Purpose Driven Life” has sold tens of millions of copies around the world.  Continue reading