Posted By Marsha West on December 19, 2015 in Discernment 0
Share

Peter Jones of Truthxcange examines the pagan worldview entrenched in Star Wars. George Lucas, the creator of the Star Wars saga, wanted to “produce a children’s fairy tale set in outer space as a ‘teaching tool’ for the re-creation of ‘the classic cosmic mysteries,’” says Jones.  Lucas succeeded, big time.  There’s no denying that his New Age worldview, which is decidedly pagan, has been embraced by many fans of the hit series. As a result of the film makers’ brilliant marketing strategy, most people in America have heard of Yoda, Luke Skywalker and Obi-Wan Kenobi.  You’d have to be living on another planet far, far away not to have heard the phrase “may the Force be with you!” Try as they might, parents know that it is almost impossible to shield their kids from the Star Wars marketing machine.

So with all this in mind, how should those with a Christian worldview handle Star Wars? Dr. Jones offers some excellent advice. 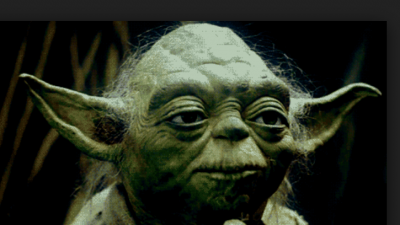 The appearance of a new episode of the Star Wars film series is an important moment for Christian witness. To be sure, we can shrug our shoulders, since Star Wars is old news. Or we can enthusiastically introduce our grandchildren to what we might think is a beloved, harmless yarn. Or we can—and should—discover in the series an occasion to sharpen our presentation of the gospel message and help our children and grandchildren, and anyone else who might be interested, to understand the culture in which they live.

In this famous and creative saga, which we must respect for its artistic value, we find many positive ideals—bravery, friendship, love, and spirituality, and others—which help explain the success of the series. However, in examining Star Wars’ account of the mystery and nobility of human life, the Bible’s answer, in comparison, emerges with incomparably more convincing power.

Answering questions of morality and spirituality was the goal of George Lucas when he created Star Wars. In the 1970s, in the heyday of secular humanism, people were hungry for spiritual truth. Lucas realized that stories were more powerful than intellectual theories—especially for children. He intended to produce a children’s fairy tale set in outer space as a “teaching tool” for the re-creation of “the classic cosmic mysteries.” In so doing, he influenced audiences young and old and deeply affected the last few decades of Western civilization. The new films will no doubt extend that influence into the next generations.

As millions of people stream, perhaps naively, into theaters this weekend to reconnect with the powerful Star Wars adult fairy tale, most of them will be unaware of the worldview that gives this saga its structure and coherence. The term worldview simply means the way we think about the world without stopping to think about it. The fish doesn’t need to think about the water in which it swims. I’ve spent much of my teaching and writing years showing that there are only two ways to see the world. I call them “Oneism” and “Twoism,” which is another way of describing what the Apostle Paul tells us in Romans 1:25. He says that there are only two ways to be human—we either worship nature (in a thousand different ways) or we worship the Creator. If you can count from one to two you can understand worldview. Worship of nature is Oneism because nature is all there is and everything is made of the same stuff. “All is one!” This is the essence of a pagan worldview. Worship of the Creator means that in all of reality there are two kinds of existence: the uncreated Creator, and everything else, which is created. That is the worldview of Twoism.

By this standard, Star Wars is clearly Oneist. In spite of the fun elements we all enjoy, the message of the film is self-consciously pagan. If this sounds harsh, check out the following elements.

A Oneist Approach to Morality, Creation, Spirituality, Redemption, and Death

Here are some of the Oneist principles we find in the Star Wars movies:

Read our White Paper on the New Age Movement