In a piece over at Churchwatch Central titled  “Why Wagner WAS the Leader of the NAR (Part 4): Generals International interview in 2000 reveals the truth” they examine the late C. Peter Wagner’s claim that the NAR has no leader.  Back in 2011 I expressed my concern (here) over former governor of Texas Rick Perry’s ties to the New Apostolic Reformation cult while he was a top tier candidate for President of the U.S. In an effort to do damage control, “Presiding Apostle of the International Coalition of Apostles” Peter Wagner quickly shot an email to his followers vehemently denying that the NAR is a cult, as I claimed, and went to the trouble of explaining exactly what the NAR is as only he could do.  In the email, the self-professed apostle stated that “It will surprise some to know that the NAR embraces the largest non-Catholic segment of world Christianity.” This statement ought to give one pause….because what he said is true.

So with this background in mind, following is part 4 of an exposé CWC penned on this dangerous cult: 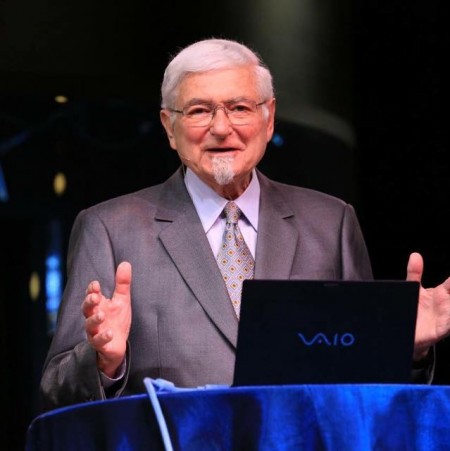 “The NAR is not an organization. No one can join or carry a card. It has no leader.
I have been called the “founder,” but this is not the case.“

This is a half truth, which means Wagner was lying. The truth is that he became the leader of the NAR because of what he observed developing over time through the New Order of the Latter Rain (NOLR) movement’s Charismatic Renewal Movement (CRM). He observed, and documented, the rise of this apostolic phenomena and even named it. His research and defense of Charismatic Apostles and Prophets eventually led him to rise up as its leader.

In our first article, we proved that his leadership over the NAR was fully established in 2008 when we examined his excuse over the Lakeland ‘Revival’ and visually laid out how the Apostolic authorities that be, submitted to his authority and his supposed divine assignments. Our second article highlighted in a video tribute to Wagner, top Apostles of the movement acknowledging Wagner as their ‘spiritual father’ and how Apostle Che Ahn was now the successor. In the third article, Jan-Aage Torp really identifies Wagner as the central figure of the NAR – as he knew him personally.

Why Wagner WAS the Leader of the NAR (Part 1): Examining the Lakeland Apostolic Alignment Ceremony.

Why Wagner WAS the Leader of the NAR (Part 2): what Wagner’s death signified

Why Wagner WAS the Leader of the NAR (Part 3): called “the defining father figure of the [NAR]”

In this article, we look at an interview between C. Peter Wagner and General Internationals founder, Cindy Jacobs. In this interview, Wagner saw it as his personal call by God to establish the International Coalition of Apostles (ICA) and the Apostolic Council of Prophetic Elders (ACPE) so that end-time governing Apostles and Prophets could successfully and effectively govern the global church together.

Wagner stated that he and Cindy Jacobs mobilized God’s prophets, aligning them under his head apostleship to form the ACPE:

“… Cindy (Jacobs) started saying that she as a prophet saw the need for prophets to relate to each other. She began to push the gathering of prophets and brought me into it as an apostle. And finally the Apostolic Council of Prophetic Elders took shape… The Apostolic Council of Prophetic Elders is a peer-level group of prophets, now under my apostolic leader-ship. This to me is an example of how prophets relate to apostles on the broader scale.”

Wagner then went on to share how he aligned God’s apostles under himself and his NAR banner through his ICA organization:

“I think these are the proper first steps on a broader scale-apostles getting together, prophets getting together, and intercessors getting together as well. […] This year, we’re starting the International Coalition of Apostles. John Kelly is the administrative apostle, Chuck Pierce is the prophetic voice, and I am the presiding apostle. We just sent out 200 invitations to selected people around the world to become charter members of this coalition.”

Remember that this interview was published at the beginning of the year 2000. The ICA was already formed in Singapore back in 1999 with NARpostles coming “from Singapore, Malaysia, Indonesia, Australia, New Zealand, South Africa, Great Britain, Guatemala, Brazil, Argentina, Mexico, Canada and USA.” While it was founded in 1999 behind closed doors, Wagner started “the first annual gathering of ICA in December 2000.” [Link]

We have compiled a PDF where you can see all those who were a part of the ICA back in 2001 (see link at bottom to see original archived site):

And why was Wagner doing this?

“So my commitment for the rest of my career is to use the gifts God has given me to help the development of the worldwide New Apostolic Reformation. And this (linking of apostles and prophets) is an essential part!”

What makes this such a damnable interview is how brazen Wagner parades his so-called apostleship to lead his NAR Apostles and NAR Prophets to form the ICA and the ACPE to produce a NEW end-times wineskin church. By doing this, Wagner claims that he is now “seeing God trusting the body of Christ with things we were totally unaware of previous to this.”

When did God lose his omniscience and rely on Wagner to do a work greater than his own Son, Jesus Christ?

So as much as Wagner claims the NAR has no leader, once again his words ring hollow as he continually assumed, as early as the year 2000, the leading role in forming the global end-time Apostolic and Prophetic church governance through ICA and ACPE. He wanted his New Apostolic Reformation ‘presence’ felt around the globe.  He clearly had in mind being the leader of this movement, hoping to see a ‘worldwide revival’ through his New Apostolic governing body. His words in this interview reveal his excitement in being just this.  Continue reading

SEE OUR WHITE PAPER ON THE NEW APOSTOLIC REFORMATION