Posted By Marsha West on September 23, 2017 in Church Doctrine
Share

Following is part 1 of a series entitled “Hell Interrupted” by Tim Barnett and Greg Koukl of Stand to Reason. Barnett and Koukl go to the scriptures to answer the burning question: Is the future punishment of the wicked a place of eternal fire? 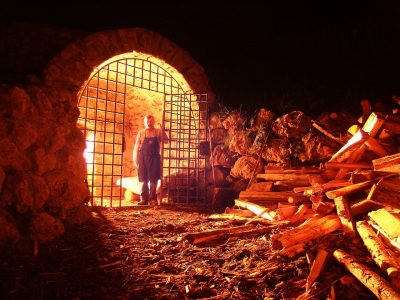 “Then he will say to those on his left, ‘Depart from me, you cursed, into the eternal fire prepared for the devil and his angels.’ ~ Matthew 25:41

You may not have noticed, but Hell is not as popular as it used to be. Simply put, the doctrine of Hell has fallen on hard times.

Jehovah’s Witnesses have long denied Hell, at least the everlasting punishment part at the heart of the classical view, along with Seventh Day Adventists, each teaching that, in the final judgment, the unrepentant wicked will be snuffed from existence—annihilated.

Currently, however, it’s not just those on the theological fringes who are rejecting the idea of Hell as eternal conscious torment, but also respected evangelicals like theologian John Stackhouse and the late Anglican, John Stott, venerable rector emeritus of All Souls Church in London.

In recent years, opposition to the doctrine of endless punishment by those who are rethinking Hell has gained enough popular momentum that “conditional immortality”—also known as “annihilationism”[1]—has begun to make significant inroads into mainstream Christianity.[2] This trend must be answered, for two reasons.

First, in our view the Gospel itself is undermined to some degree when Hell gets the short shrift. Though some consider extinction of self-consciousness a weighty sentence for earthly wrongs, it pales in comparison to never-ending conscious torment. The good news is only as good as the bad news is bad, and in Scripture eternal happiness and everlasting joy are balanced against the alternative—eternal misery and everlasting anguish. Indeed, Jesus put the calculus precisely this way, as you will soon see.

Second, and more importantly, Paul makes it clear that shepherds in the church must be “holding fast the faithful word which is in accordance with the teaching,” and also must be able “to exhort in sound doctrine and to refute those who contradict” (Titus 1:9). There is little question in our own minds which view has been “in accordance with the teaching” historically when it comes to the question of Hell. Here’s why.

Over 130 years ago, W. G. T. Shedd opened his classic work on Hell, The Doctrine of Endless Punishment, with these words: “The common opinion of the ancient church was that the future punishment of the impenitent wicked is endless. This was the catholic faith [i.e., the faith of the entire church]; as much so as belief in the Trinity.”[3] Indeed, Shedd points out, there was moreunanimity in the ancient church on Hell’s eternal torment than there was on Trinitarianism.

Further, the conviction of the early Christians flowed seamlessly from the OT rabbinic tradition of the time, with the schools of Shammai and Hillel both holding to the doctrine of eternal punishment, as did the Jewish synagogue in general throughout the entire first century.[4] Later, the medieval church as well as the church of the Reformation—both Lutherans and Calvinists—were of one mind on the doctrine.[5]

It is possible for traditional teachings to be in error, of course. However, when Paul says that elders must hold fast to the faithful teaching, and when the writer of Hebrews calls the doctrine of “eternal judgment” an “elementary teaching,” part of the very “foundation” of instruction about Christ (Heb. 6:1-2), and when the vast chorus of the church faithful understood that Hell was a place of everlasting conscious suffering, then any departure from that “catholic faith” must be justified by a clear and unambiguous appeal to Scripture.

Making our case for the classical view, though, carries with it a liability. In one sense we find it a bit awkward to be the champions of perpetual punishment, everlasting suffering, and endless torment. We want you to know, then—just for the record—that we find no joy in this. It’s hard to think of a doctrine more painful to consider, more frightening to contemplate, or more bizarre to imagine than the classical conception of Hell. It is, in John MacArthur’s words, an “appalling truth.”

However, what we like or don’t like is hardly the point. “Emotionally, I find the concept [of eternal suffering] intolerable,” John Stott confided, “and do not understand how people can live with it without cauterizing their feelings or cracking under the strain. But our emotions are a fluctuating, unreliable guide to truth and must not be exalted to the place of supreme authority in determining it.”[6]

Quite right. Taking counsel from our feelings on a revolting topic like everlasting torment is perilous, since we inevitably stumble into the error of sacrificing God’s justice on the altar of His love. But that will never do since both God’s love and His justice are grounded, so to speak, in the same thing: His goodness. Goodness informs both God’s mercy (through love) and God’s punishment (through justice) and neither can be sacrificed without sacrificing God’s noble character.

Thankfully, these are not in conflict in the Christian Story since both find their perfect harmony in the cross where God is both just and justifier of those who have faith in Jesus (Rom. 3:26). On Calvary God simultaneously expresses both His holiness and His compassion.

In the end, we side with C. S. Lewis who wrote, “There is no doctrine which I would more willingly remove from Christianity than this, if it lay in my power. But it has the full support of Scripture and, specially, of our Lord’s own words; it has always been held by Christendom.” [7] Stott adds, “As a committed evangelical, my question must be—and is—not what does my heart tell me, but what does God’s Word say?”[8]

We agree. Our only legitimate course of action regarding the nature of Hell is to answer the question, “What does God’s Word say?” So to Scripture we shall turn.  Continue reading

The Five Solas of the Protestant Deformation
Protestant and Catholic: What’s the Difference?