Albert Mohler, president of Baptist Theological Seminary responds to David Gushee, a “progressive evangelical” who penned a piece for Religion News Service arguing that the “middleground” is disappearing on LGBT rights.  Recently we posted Professor Denny Burk’s response entitled “The Disappearing ‘Middleground’ and the Coming Conflict” which you will find here.  Not surprisingly, Gushee’s article caused quite a stir in the evangelical community.  Shortly thereafter Gushee took on his critics, Dr. Mohler being one of the most prominent.  In the blog post he wrote he reveals the following:

When those on the receiving end of Gushee’s stern advice complained about both the tone and the substance of his essay, he responded with a second essay in which he offered this analogy: “I was saying: ‘Watch out, I notice that volcano over there is smoking ominously, and if it erupts, hot molten lava will wash over you.’ I was not saying: ‘I hope that the volcano erupts, and hot molten lava washes over you.'”

He was merely describing and predicting, he insisted, not at all prescribing what should happen. But there is a big problem with that defense. The language and framing that he deploys in both of his articles (and in his recent book projects as well) clearly imply that conservative Christians are a menace to the cause he champions. He has described evangelical Christians as the last major hold-outs on the road to full LGBT equality, and he claims to be a full convert to the LGBT cause. (emphasis added)

Later in the article Dr. Mohler declares: “Professor Gushee’s warning has been both delivered and received. His words clarify where we stand, and I agree that the earth is shaking under our feet.”

We urge you to read Dr. Mohler’s piece in its entirety and then share it far and wide.   He writes: 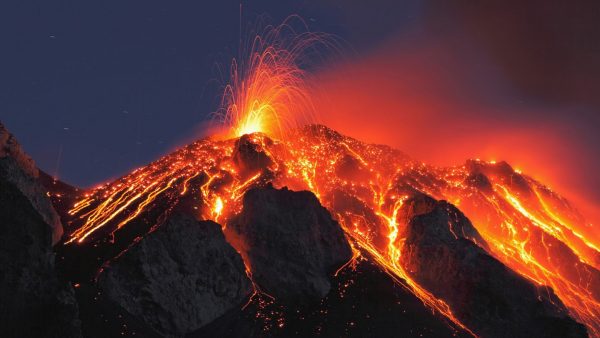 Christians in America now face a moment of judgment at the hands of a secular culture that grows more intensely adversarial with each passing day. Churches, institutions, and individuals committed to the Christian church’s historic sexual ethic, held consistently over two millennia, now find themselves faced with a stark choice — join the sexual revolution or face the consequences.

Those consequences include social marginalization, overt discrimination,the censure from the cultural elites, and worse. Christian colleges and schools are now openly threatened with the loss of tax-exempt status and participation in federal and state student aid. Christian employees in businesses large and small are told to get with the program or get lost. Getting with the program does not mean simply working amiably with all, regardless of sexual orientation. It means openly and enthusiastically celebrating every demand and aim of the LGBT community. Entire professions will soon be closed to many Christians who, for example, cannot, without violating their Christian conscience, perform sex-reassignment surgeries.

This is the reality we now face, and the onslaught is coming fast. Major LGBT organizations are now pressing their demands and gaining traction. A host of politicians are ready to support any legislation that will make them appear, by their calculation, on “the right side of history,” not to mention on the winning side of the ballot box. An entire universe of regulative bodies ranging from the National Collegiate Athletic Association (NCAA) and the American Bar Association to accrediting agencies and local school boards is poised to drop the hammer on any individual or institution that stands in the path of the sexual revolution.

Now, along comes a voice to warn us that the deluge is coming and to argue that we had better prepare ourselves for disaster or save ourselves at last by joining the revolution.

That voice is Professor David Gushee of Mercer University. In a recent column at Religion News Service, Gushee announced: “Middle ground is disappearing on the question of whether LGBT persons should be treated as full equals, without any discrimination in society — and on the related question of whether religious institutions should be allowed to continue discriminating due to their doctrinal beliefs. It turns out that you are either for full and unequivocal social and legal equality for LGBT people, or you are against it, and your answer will at some point be revealed. This is true both for individuals and for institutions.”

Just in case we missed his point, he lowers the boom: “Neutrality is not an option. Neither is polite half-acceptance. Nor is avoiding the subject. Hide as you might, the issue will come and find you.”

Let me be clear. I agree with Gushee’s main point. Middle ground is indeed disappearing on LGBT issues. Indeed, the very idea of middle ground or a “third way” on these questions is ludicrous on its face. I have been making this argument in public for well over a decade. In 2005 I wrote an article with the title, “No Middle Ground on Homosexuality.” My argument then and my argument now is that the normalization of LGBT behaviors and relationships and revisions of human identity is incompatible with a commitment to biblical authority and the historic faith of the Christian church defined by Holy Scripture.

Middle ground was always untenable, even when some version of middle ground was David Gushee’s own position. The demand of the LGBT revolution is not merely toleration or even legalization, but required celebration. Middle ground disappears in the irreconcilable nature of the conflict. The “third way” is just a delaying tactic on the taxiway to full take-off.

When it comes to actions to be taken against Christians and Christian institutions, Gushee’s language is very informative. He raises “the related question of whether religious institutions should be allowed to continue discriminating due to their doctrinal beliefs.”

This is called framing, and we must watch as he frames the issue by contrasting the winning side, those who believe that LGBT persons “should be treated as full equals,” with the losing side, those who “continue discriminating due to their doctrinal beliefs.” Everything that follows in his article flows from that frame. It’s beautiful equality vs. ugly discrimination — end of story.

What makes David Gushee’s essay so interesting, and so troubling, is the fact that he poses as a friendly critic to traditionally minded Christians. After all, not too long ago he was himself arguing that homosexual acts and relationships were incompatible with Christian faithfulness. In Kingdom Ethics, written with the late Professor Glen Stassen and published in 2003, Gushee argued that “homosexual conduct is one form of sexual expression that falls outside the will of God.” In the years following there were signals that Gushee’s position was changing. In 2014 Gushee announced a full reversal of his position, announcing his new position in an address to an LGBT audience at The Reformation Project conference in Washington, D.C. delivered on November 8 of that year. He also published a book, Changing Our Mind, which told the story of his theological transition and included essays by Brian McLaren, Phyllis Tickle, and Matthew Vines. The arguments in the book offer nothing new to the debate, but they did signal Gushee’s apparent 180 degree turn on LGBT questions.

As I said, David Gushee means to pose as a friend to those conservative Christians who even now refuse to get with the program. Alan Jacobs at Baylor University has pointed to a word that jumped off the page of Gushee’s essay the first time I read it. He calls upon Christian conservatives “to reconsider their position voluntarily.” He wants to give us time to abandon over two thousand years of Christian conviction . . . but not much time. The stick is not far behind the carrot.    Continue reading

Is she a false teacher? 7 steps to figuring it out on your own
One more reason to avoid Lysa TerKeurst of Elevation Church

One Response to Ask Not for Whom the Volcano Erupts; It Erupts for Thee: A Response to David Gushee