Bible study author, speaker and blogger Michelle Lesley challenges those who claim they’re followers of Jesus Christ to read and study the book He inspired, the inerrant Word of God.  Knowing who God is and His ways prevents believers from getting pulled into a web of deception by the sort of teachers Jesus referred to as “ravenous wolves.” Most of us have played Monopoly so we’re familiar with how the game is played as well as the rules of the game.  Well, Michelle uses that board game to illustrate her point, and we think you’ll agree that she does it brilliantly!

So – with this in mind, listen as Michelle Lesley offers some basic training principles that will help Christians grow in their faith: 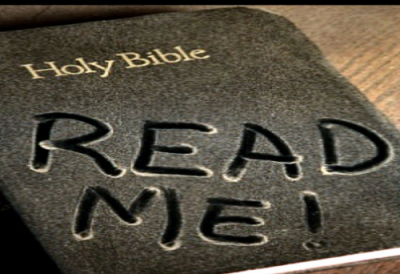 The Bible. Scripture. The Good Book. It used to be so blatantly self-evident that God’s written Word was the foundation and standard for the Christian faith that it was assumed. A given. You learned, “I stand alone on the word of God- the B-I-B-L-E,” when you were three or four years old, you believed it, and you moved on.

But take a look at the Westernized version of Christianity these days. The fruit of abandoning the authority of Scripture is chilling. From the demonic tremoring and barking antics of New Apostolic Reformation “churches” to the rebellion of female “pastors” to the “gay Christian” movement to “Christian” abortion doctors, it’s clear that an astounding number of self-professed Christians and churches don’t submit to Scripture’s mandates for their beliefs and practices.

“Whew,” you might be thinking, “my church and I must be OK. We call homosexuality sin. We’re pro-life. Our pastor is male. And the wildest our congregation gets is when Brother Joe bellows a good, hearty ‘Amen!’ during the sermon.”

Those are all good, biblical things and I don’t want to minimize them. But is it good enough? Are there other, more subtle ways you or your church aren’t submitting to the authority of Scripture? And what does it mean that the Bible is our authority, anyway?

Have you ever played Monopoly? If you have, you know that you’re supposed to use a Monopoly board, two dice, the and the game pieces and Chance and Community Chest cards that come with the game. You also know that there is a standard set of Monopoly rules that are supposed to be followed.

Suppose a friend invited you to play Monopoly but wanted to use a checker board instead of a Monopoly board. Or wanted to create a new rule that you would get $500 for passing Go instead of $200. Or that you could get out of jail without rolling doubles.

Monopoly was created in 1903 by a lady named Elizabeth J. Magie Phillips. Magie created the game to teach people the consequences of having large or valuable tracts of land controlled by private monopolies¹. Each piece of the game and each rule was created with that teaching goal in mind. To alter the rules of the game is to, at best, be out of alignment with Magie’s intentions and purposes, and, at worst, to not be playing Monopoly at all. If you want to truly play Monopoly, learn the fullest extent of the lesson Magie was trying to teach, and respect Magie as the creator of the game, you’ve got to play by her rules. All of them. Even the ones you don’t like or particularly understand.

But what many Christians are doing today is taking their “Monopoly game” of Christianity and assuming it’s for their own entertainment, better quality of life, or positive feelings. And because they’re largely ignorant of the Creator of the “game” and His purposes and intentions behind said game, the players start tossing out His rules whenever those rules don’t fit the purposes and intentions of the players.

God created you and me and the world and Christianity and the church for His glory. He gets to make the rules. We follow the rule book (the Bible), not because those rules will make us personally happy or successful, but – simply and ultimately – because they are given by God and glorify Him. What He says goes, and we honor Him by our obedience. We need to remember that our role in the game is player, not Creator. Players submit to the authority of the Creator.

When the Creator says…     Continue reading

One Response to Basic Training: The Bible Is Our Authority