Some Christians are starting to stand up to radical LGBT activists and far left Christophobes and demand that they stop trying to bully Bible believers into capitulating to their outrageous demands. They’re saying enough already!

Stephanie Wang over at Religion News Service reminds us that,

For many evangelical Christians, religion has no end. It permeates and informs every part of their being — who they are, and what they do. How they raise their children and how they run their businesses. It goes beyond Sundays, beyond the walls of the church. 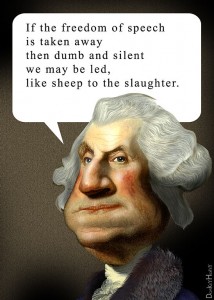 That’s the tenor of the talk these days as powerful advocates try to write protections into law for lesbian, gay, bisexual and transgender people. Those advocates, battling against conservative Christians who are staunch in their beliefs of right and wrong, wonder why anyone would deny others their rights.

Because they feel the same way: It’s bigotry, toward them. It’s hatred, directed at them. It’s discrimination, against them.

They are the ones being bullied, they insist. In a country where the cultural tide seems to be moving away from hard-and-fast biblical prohibitions, they feel the government is abandoning them. Once at the core of American politics, some evangelical Christians feel increasingly relegated to the fringe, betrayed by their own conservative lawmakers as their cultural dominance is usurped by a smaller group wielding the heft of the media and corporations.

It is they, many argue, who are the army of freedom fighters in this debate.

The LGBT rights that others see increasingly as a matter of civil rights, some evangelical Christians see as a moral wrong. Expanded protections, they fear, would create “special rights” for LGBT people that could supersede their right to speak out against homosexuality.

To those Christians — and this is an issue that divides many Christians — LGBT rights represent the threat of government deciding where their right of religious expression “ends” so others’ rights can begin, said Arthur Farnsley, associate director of the Center for the Study of Religion and American Culture at Indiana University-Purdue University Indianapolis.

“There’s a certain degree to which people are going to be told, ‘You can have your religious beliefs and opinions. And you can practice them in your churches, synagogues and mosques. But in the public sphere, you’re going to have to deal with the greater diversity and recognize civil rights laws,’” Farnsley said.

But where will the line be drawn between religion and the public sphere?

“We’re actually here,” he said, “because we love Jesus.”

Their voices carried hymns through the state Capitol, and Johnson marveled at the sound.

“I don’t know any better place to exalt God,” he said, “than in the halls of government.”

How can government, Johnson said, force people to act against their religious consciences — against an unshakable belief that marriage is between a man and a woman?

From his worldview, the Supreme Court’s ruling to recognize same-sex marriages doesn’t change his traditional definition of the institution. He “doesn’t buy into those concepts” of sexual orientation and gender identity, saying they were created by LGBT advocates. And, for that matter, he doesn’t believe LGBT discrimination is a matter of “civil rights.”

He does not acknowledge the existence of prejudice directed at the LGBT community, saying no one is denied housing, employment or business services simply for being gay. Nor does he believe that being gay or transgender are immutable characteristics.

Expanding state civil rights law to include sexual orientation and gender identity would grant a special right to same-sex couples seeking marriage services, he said, while resulting in fines and other punishments for Christian business owners who don’t want to violate their beliefs.

“We’re the ones who need a special protected-class status, because we’re the ones that are being attacked by everybody,” Johnson said. “It’s humorous, the way this thing is being portrayed, because it doesn’t fit reality at all.

“I’m not asking for special protected class status. I’m asking to be left alone, for crying out loud.”