Posted By Marsha West on October 27, 2015 in Transgenderism
Share

In his follow up to Jenner, Transgender and Trans-Lunacy, Bill Muehlenberg brings a common sense perspective–and some sad statistics–to this hotly debated issue. He points out that “gender bending” has huge health risks, something most people are unaware of.

In the Bible cross-dressing is called an “abomination” to God. (Deut 22:5).  So how is the Church to deal with transgender people in a God honoring way? 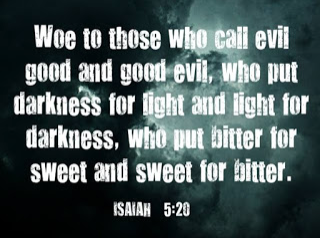 The recent announcement that Bruce Jenner will be named “Woman of the Year” highlights the fact that a war on reality has been declared, and insanity now rules our elites – at least in the West. And the entire transgender mania is leading the way in our mental and moral meltdown.

For Bruce to be given this award makes as much sense as calling a circle, “Square of the Year,” or an airplane, “Boat of the Year,” or red, “Blue of the Year”. We have simply denounced and renounced reality, rationality, common sense and the English language. Utter absurdity now reigns supreme.

If all this was just a harmless fad, that would be one thing. But it is harming plenty of folks, as well as society at large, and for that reason alone needs to be fully resisted. I have written before about the various health risks associated with gender bending.

A recent article highlights some more of the evidence on what a dangerous and risky move this is. Rising suicide rates is one big problem associated with those who go down this path:

Studies repeatedly show that “transgender” people who seek to become the opposite sex are in fact not happy or fulfilled. In fact, a life-or-death internal war is continually going on within, to the degree that many, if not most, seek to end their lives.
That’s what the American Foundation for Suicide Prevention and the Williams Institute found when the foundation analyzed results from the National Transgender Discrimination Survey. The numbers of suicide attempts are heartbreaking.
Over 41 percent of active “transgender” people try to kill themselves. That’s ten times the average 4.6 percent suicide attempt rate.
And this study isn’t the only one proving that those who seek to live as if they were the opposite sex are, in fact, killing themselves. Over a dozen other surveys worldwide have found the same alarmingly high suicide rates.
A national survey of more than 6,500 transgender people asked the question “Have you tried to commit suicide?” Forty-one percent answered, “Yes.”
“Chronically high stress levels,” “anxiety,” and “depression” are most commonly reported among active transgender people. Self-harm by cutting is often reported as well.
The suicide hotline for them, Trans Lifeline, handled more than 20,000 calls in its first nine months of operation alone. Greta Gustava Martela, a lesbian who founded the hotline, summarizes, “With 41% attempting suicide, you have to assume something’s just not working for transgender folks.”
The mainstream media attributes the exploding transgender suicide rate to outside influences, such as peer and parental rejection, but does not consider the transgender person’s tragic internal battle as intrinsic to living a psychological dichotomy.
The facts speak otherwise. The University of Birmingham’s Aggressive Research Intelligence Facility (ARIF) conducted a medical review that found that there is no conclusive evidence that sex change operations improve the lives of transsexuals. In fact, many transsexuals remain severely internally distressed and suicidal after the operation.
Chris Hyde, the director of ARIF, explained, “A large number of people who have [sex change] surgery remain traumatized – often to the point of committing suicide.”

These truths need to be made widely known. We are lying to people and greatly harming them – especially our young people – if we tell them that a bit of snipping here and injections there, and some chemical this and surgery that, is going to solve all their problems and transform them into new, happy and well-adjusted people. The opposite is more likely the case. Continue reading

Disclaimer: Berean Research supports a range of views. The opinions expressed on this blog are solely those of each individual author.