Posted By Marsha West on September 15, 2016 in Discernment
Share

There is no shortage of critics in the evangelical community who oppose those of us involved in what is called an online discernment ministry (ODM).  Our well-meaning brethren often take “discerners” to task for reporting on false teachers and apostate movements within the visible Church.  Moreover, we are chastised for being too focused on negative things, or being judgmental, hurtful, even hateful. Worse, some of us have lost friendships with those who complain that they’re tired of reading about wolf sightings.  Some go so far as to say that ODM is not biblical.

Pastor Gary Gilley of Southern View Chapel wrote about this issue back in 2009 where he stated:

Despite the clear mandate given throughout the Scriptures concerning the necessity for biblical discernment and critique, most continue to be critical of the whole concept.  Ironically, those who preach most tenaciously the need for tolerance are themselves intolerant of those who seek to faithfully follow God’s directives in this matter.

Pastor Gilley offers a biblical defense for the role of ODM in the Church.  He writes: 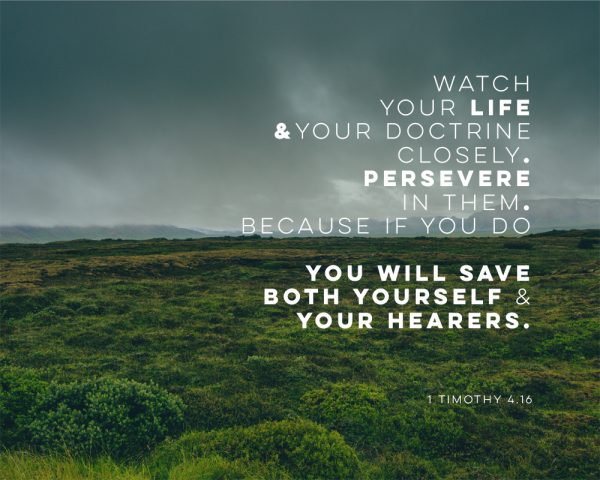 We live in an environment in which it is most difficult to stand for the faith.  Not only will those who attempt to be on the front lines of discernment face the guns of those in opposition, but they may be hit by “friendly fire” as well.  For example:  I recently wrote what I thought was a rather innocuous article expressing a high view of Scripture including a belief in its sufficiency.  I was nevertheless surprised to receive a quick e-mail rebuke by a pastor who also claimed to believe in the inerrancy, authority and sufficiency of the Bible and who ultimately accused me of taking what he called a “biblical charismatic” view.  When I inquired as to how that could be since I believe God speaks to us today only through Scripture and charismatics believe God speaks through means beyond the written Word, he did not reply.  I did not mean to imply to this pastor that I reject general revelation in which “the heavens are telling of the glory of God…” (Ps 19:1-6), but that specific, authoritative revelation for this church age is confined to the Old and New Testaments.  God is not adding new revelation or inspired texts to supplement the canon of Scripture.  I believe that such revelations are unnecessary today because God has promised that the Scriptures are “adequate [to] equip [us] for every good work” (2 Tim 3:17).  Our task is not to seek “fresh communication” from God, either in the form of prophecies or tongues (as most charismatics do) or through our inner feelings and hunches (as many non-charismatic evangelicals do), but to rely on the “sure word of prophecy” (2 Pet 1:19), the Holy Scriptures.  This understanding leads us to be followers of Christ who are “diligent to present  [our]selves approved to God as a workman who does not need to be ashamed, accurately handling the word of truth” (2 Tim 2:14).  Our assignment is not to search for secret communication from God but to observe and live out the things revealed by the Lord (Deut 29:29).  Truth emerges from the inspired text, and that text can be trusted to reveal God’s will in all matters “pertaining to life and godliness” (2 Pet 1:3).

But even at the risk of being misunderstood by those in our own camp, one of our privileges in light of this understanding of revelation is to examine all ideas, teachings and thoughts through the lens of Scripture.  The apostle Paul modeled this approach for us when he wrote, “We are destroying speculations and every lofty thing raised up against the knowledge of God, and we are taking every thought captive to the obedience of Christ” (2 Cor 10:5).  Since much, if not most, of the ideas, worldviews, and philosophies that we encounter in a fallen world would be in competition with truth, we are obligated to take all of these things and run them through the grid of Scripture.  Those ideas which make it through this biblical grid intact can be embraced, for by God’s grace mankind is enabled to end up on the right side of truth.  But those ideas that lack biblical foundation must be disposed of as “lofty thing[s] raised up against the knowledge of God” (2 Cor 10:5).

For these reasons, one of the qualifications for an elder is that he understand the Scriptures well so that he can both “exhort in sound doctrine” and “refute those who contradict” sound doctrine (Titus 1:9).  A pastor or elder is not equipped to lead the church of Christ because he makes an excellent CEO, has an MBA, knows how to win and influence people or has a sunny personality – although none of these things rule him out either.  But  the Holy Spirit did not mention any of these criteria when laying out the requirements for church leaders, although an intimidating list of personal and spiritual qualifications is given (Titus 1:5-8; 1 Tim 3:1-7).  Instead the Spirit focused on the need for elders to know biblical truth and be able to communicate and defend it against false doctrines and teachers.

Unfortunately for the Christian leader in the twenty-first century, what God considers essential many consider optional at best and often a real detriment to what is considered “ministry.”  Rare is the church today that attracts large crowds because of the careful, systematic teaching of the Word.  People will flock to churches with great programs for all ages, a well-organized sports schedule or to hear professional level music (of almost any genre), but sound doctrine holds little attraction for most Christians.  Yet, it is sound doctrine that God mandates.  Lives are not changed by programs and entertainment; they are transformed by the renewing of our minds which can only come about through exposure to the truth of God’s Word (Rom 12:2).

If the teaching of sound doctrine is unappetizing to many, to expose false doctrine is utterly repulsive.  Discernment is considered unnecessary, unwanted, and down-right mean-spirited in a relativistic age.  To spend even a small fraction of time critiquing false teachings (as our Lord directs us to do) is to invite charges of negativism, division and worse.  Yet we must decide whether we want to please the Lord or men and, since the Lord commands us to “refute those who contradict” sound doctrine, we have no choice.  This is not to say that we spend the bulk of our teaching time on issues that don’t measure up to Scripture; for to do so would throw us out of balance very quickly.  I believe that the vast majority of teaching from the pulpit and other forums within the church should be “exhortation in sound doctrine.”  But we must be willing to handle issues that threaten the spiritual health of the body of Christ, and we must not shy away from teaching on such subjects as we work through the Scriptures.

Sadly, in our pluralistic, postmodern age, even gracious critique is often viewed as negative and critical.  Why not tolerate the theological and philosophical views of others, even if those views are seriously flawed and unbiblical? After all, since we are brothers and sisters in Christ, aren’t we just airing our dirty laundry in public?  This short paper is for the purpose of showing the necessity of biblical discernment and critique and to respond to those who disapprove. Continue reading

About those “Discernment Ministries” — Chris Rosebrough of Fighting for the Faith

Not “Tired,” but Tried and True!

How to spot a NAR book
Tony Evans & Spiritual Warfare: Demon Busting With A Less Than Sovereign God