Posted By Marsha West on January 12, 2017 in Discernment
Share

God’s people are commanded to “rightly handle the word of truth.” (2 Tim 2:15) In order to do that we must immerse ourselves in the study of God’s Word.  We must know the Bible backwards and forwards, inside and out.  So with this in mind, listen to what Elizabeth Prata of The End Times has to say on this important subject. She writes: 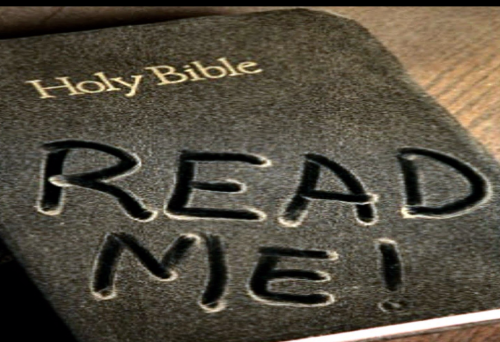 As I’m going through the online lessons at Ligonier Connect, the second lesson in the course “Principles of Biblical Interpretation” opens with the teacher, RC Sproul, asking his audience if, after sharing an interpretation of scripture with a person they have ever been confronted with the rejoinder “That’s your interpretation!” Sometimes the person means to give a subtle (or not so subtle) rejoinder that really means, ‘You’re wrong!’ Most often it can mean that the person believes that there are multiple ways to interpret a specific verse or passage of scripture.

Did you know that the Author of the Bible intended only ONE meaning for each and every passage of Scripture? There is only one way to interpret it and be correct. There are multiple ways to apply the verse, but only one meaning the Author intended.

For example, we know that God is three-in-one. If a person says “I interpret 1 John 5:7-8 as God being three persons in one Being” and the other person says, “No, I interpret that verse as God being only one being but three personalities at any given time,” one of these people would be wrong. One person says you should be baptized by sprinkling and another says you should be baptized by immersion, one of those people are going to be wrong because they are opposite actions. One person says the rapture will come before the Tribulation and the next person says that the rapture will come after the tribulation…well one of those is wrong. They are not both right. Contradictions mutually exclude each other.

Now, knowing that there is only one correct interpretation of scripture puts more light on the Author than it does on the interpreter, hopefully. We know He intended one meaning. But He is God, and we are not. Because we are sinful human beings, we must approach the interpretation of the scriptures humbly. We use a systematic theology, not Bible Dip, do not strip away the context, we’re not helter skelter or haphazard about it. As noted above, the privilege of being given God’s word comes with it a responsibility to interpret it correctly.  Continue reading

Passion Conference: A Pastor’s Perspective on The Importance Of Truth and Standing Against Apostasy
Dominionist “king” Eddie Long dead at 63

26 Responses to Are all doctrines equal? Or are some primary and others secondary?