How many Americans are aware that our Canadian neighbor has pretty much shut Christians out of any significant cultural role? Recently, Dr. Peter Jones visited Ontario and it soon became clear to him that something has happened to Western civilization that makes Christianity a dangerous threat in that country. So in Canada, Christianity must be criminalized and eliminated altogether. According to Dr. Jones, Eastern Buddhism’s practice of mindfulness meditation is everywhere in Canadian culture. He informs us that mindfulness even receives the favor of the courts while Christianity is now perceived as unfavorable. In this informative piece, Dr. Jones reveals the dangers of mindfulness meditation. Under the heading Cultural Effects, he includes a quote from a book by Christine Chandler, who practiced mindfulness meditation for nearly thirty years:

In her book, Chandler “provides an indisputable, objective witness to the effects of such practice on the mind.”

Dr. Jones also addresses other occult practices people are caught up in, as well as the media and academia’s part to relativize truth, which has brought about the cultural shift from binary to non-binary. “There is no either/or; no external measure of right and wrong—only a blend that fits our personal choices.”

Against this backdrop we point you to another stellar essay penned by Dr. Peter Jones, director of truthXchange. He begins with Scripture: 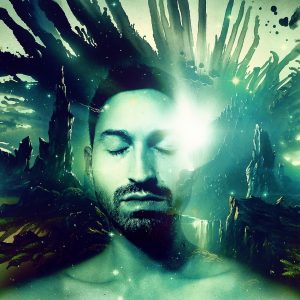 Jeremiah said of ancient Israel: “Are they ashamed of their loathsome conduct? No, they have no shame at all; they do not even know how to blush” (Jeremiah 8:12).

Since the Sixties, pagan religion has permeated our thinking in once-Christian Western society. Those who remember the days when our moral principles were generally based on God’s commandments are shocked by the takeover of morality, exhibited even in rulings from our highest courts. Increasingly, we hear of “non-binary” actions and judgments that relativize truth and morals. There is no either/or; no external measure of right and wrong—only a blend that fits our personal choices.

In the media, “fake news” (a deliberate misrepresentation of facts to support certain political ideas) has become the norm. The crying baby on the Southern border proves the inhumanity of the US president, until….we discover that, according to its father, the baby was never separated from her mother, and, in addition, the mother had abandoned three other children in Honduras to come make money in the USA.

READ OUR WHITE PAPER ON CONTEMPLATIVE PRAYER, WHAT IS COMMONLY CALLED MEDITATION