Posted By Marsha West on September 30, 2016 in Charismatic, Discernment 90
Share

In 2013, Christine Pack of Sola Sisters* wrote a piece titled “Has John Piper Lost His Mind?”  In it she laid out some of her concerns with John Piper who she had always believed to be a “solid teacher of the Reformed tradition.”  Pack was having doubts.  And she wasn’t alone.  Other discernment bloggers were having concerns, too, so they alerted the brethren.  Ken Silva of Apprising Ministries (here), Lighthouse Trails (here) and Chris Rosebrough of Fighting for the Faith (here) dealt with Piper’s shift into neo-reformed New Calvinism.  According to Ken Silva, Piper “is seen as a mentor, even a ‘pioneer’ of this New Calvinism.”

So now Jeff Maples has joined the chorus of bloggers who take issue with some of the things Dr. Piper has been doing.  For example, he often attends events with, and goes to bat for, false or compromised teachers who clearly share a false gospel. Maples writes: 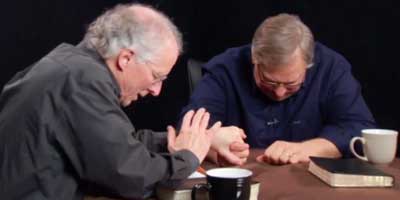 John Piper was once regarded as a great contender for the faith. He was the go-to guy for apologetics in Reformed theology and the one that was looked to when those with twisted soteriology espoused their false doctrine. He has written excellent books on living a holy life for God and had a way of explaining Scripture that made him a desirable teacher for those truly looking to enhance their theological understanding of and relationship with God.

In recent years, John Piper has shown where his true allegiance is. He has staunchly defended false teachers such as Rick Warren and Mark Driscoll. The movement that has gripped his ministry, and taken him by the seat of his pants is known as New Calvinism. New Calvinism is a form of seeker-friendly semi-reformed theology. New Calvinists believe that as long as they have their Calvinistic theology right, there is much room for disagreement and liberty in most other areas.

While most New Calvinists fall into the “Young, Restless, and Reformed” category, Piper is certainly no young buck. Yet, the crowd he now runs around with certainly are.

He has been a repeat speaker at the popular student conference, Passion. The conference is a prime example of the compromised theology of the New Calvinist movement. The conference hosts false teachers such as Word of Faith pastrix out of Hillsong, Australia, Christine Caine, and several other false or compromised teachers, including Beth Moore, Louie Giglio, Levi Lusko and Francis Chan.

Why would he want to associate with these people? Why does he want to lend them credibility? The Scriptures clearly teach that believers are not to associate with false teachers for any other reason except to expose them (Eph 5:11). I think we can safely chalk this up to his disobedience of 1 Corinthians 15:33 (ESV),

Do not be deceived: “Bad company ruins good morals.”

* Update from Berean Research: While we believe the linked article was factual and attributed correctly, we can no longer recommend this author as a biblically sound source for any Christian information.

What is Heresy?
A “money changers” moment for Catholics

90 Responses to Is John Piper Disqualifying Himself As A Teacher?