Posted By Marsha West on March 9, 2016 in Ecumenicism
Share

By Ray Yungen and the Editors at Lighthouse Trails 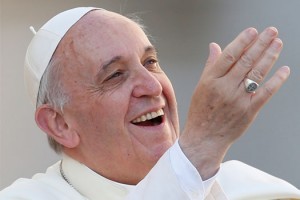 Pope Francis I is poised to be more than a very popular pontiff . . . He could rise to become a symbol of holiness beyond the Catholic Church. . . . for those of us who aren’t Catholic, there’s a universal message voiced personally by the Pope: “No one can be excluded from God’s mercy. The question, then, is how potent this mission will be.

Chopra says that “millions of non-Catholics feel a fresh wind blowing” because of the Pope’s actions and that Pope Francis has “become a spiritual exemplar.”

In the article, Chopra gives some advice to Pope Francis, that he not become another “theological” pope but rather  one with a “higher consciousness” and like the “Jesus” who was not theological but rather “enlightened.” Chopra adds:

I hope in a corner of my heart that Francis I can open himself to a kind of Super-ecumenical position, not only allowing that other faiths have validity, but seeing that the Eastern tradition of higher consciousness is in fact universal. . . .  we must be realistic. Spiritual experiences occur in consciousness. . . . There is no reason to reject meditation as “not Christian” when the point is that meditation, among other contemplative practices, alters brain function. In so doing, specific regions of the brain are trained to register subtle perceptions. The deeper your perceptions, the more subtle the levels of reality you are comfortable with. At the deepest level, we encounter the entire history of spiritual awakening, which is the opening of the self to the self through expanded awareness. . . .  If we are in fact witnessing the career of the most conscious pope in modern times, let him tell us more about consciousness and the spiritual fulfillment it contains.

Pope Francis is well on his way to doing just that. As a Jesuit contemplative priest, he is very much drawn to this mystical higher consciousness. That is why he named Thomas Merton as one of four most meaningful people when he was in the United States last year. As we have often pointed out, Merton found Buddhist enlightenment in contemplative prayer. Merton’s view that God is in every person is summed up in this statement:

During a conference on contemplative prayer, the question was put to Thomas Merton: “How can we best help people to attain union with God?” His answer was very clear: “We must tell them that they are already united with God. Contemplative prayer is nothing other than “coming into consciousness” of what is already there. ( Brennan Manning, The Signature of Jesus (Sisters, OR: Multnomah, 1996, Revised Edition), p. 211.) 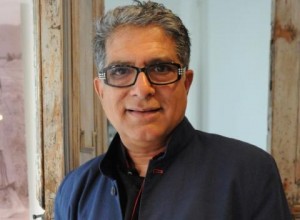 Deepak Chopra and many others are hoping that Pope Francis will be that one who will bring the entire world into “superconsciousness” (the realization that man is divine). Remember the Parliament of World Religions this past fall that Lighthouse Trails reported on (see links below). It was a New Age/New Spirituality gathering of emerging church leaders, New Age leaders, Eastern religious leaders, and others who were looking for a “Coming Messiah” as Alice Bailey “prophesied” who could save the world.  And who was the figure everyone was talking about at the Parliament with enthusiasm and hope? None other than Pope Francis.

Letter to the Editor: Parliament of the World’s Religions Seeks “Global Collective Mission” and “Interfaith Harmony”