Posted By Marsha West on December 6, 2017 in Discernment, Women and the Church
Share

Bible study author, speaker and blogger Michelle Lesley examines women’s ministries. According to Lesley, women’s groups aren’t nearly as effective as they could be for a umber of reasons. For example, because many women hardly ever read and study their bibles they’re biblically illiterate. In other words, they know not what they believe and why they believe it; thus, they get caught up in fads and false teaching — and that’s a fact. 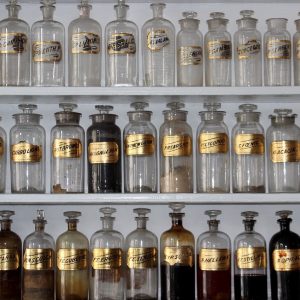 “What’s the number one problem in women’s ministry today?”

It’s a question I was recently asked in an interview; one I can’t get off my mind. There are many good and wonderful things I see trending in women’s ministry, which are creating an increasing number of biblically strong, godly Christian women. But those women are still a tiny minority – a remnant, you might say – in contemporary evangelicalism. The problems, on the other hand? Overwhelming. Discouraging. Pervasive.

In fact, it’s a huge problem just to sit down and sort out exactly what the problems with women’s ministry are because they’re not in nice, neat little linear compartments. There is no one single most important problem in women’s ministry. The issues are interwoven and exacerbate one another, which leads to declining spiritual health for Christian women as a whole.

There’s a name for that in medical jargon: multimorbidity. Often seen in elderly patients, it’s a term used for someone who has multiple chronic medical problems: heart disease, diabetes, and COPD, for example. Each disease may work against the body in different ways, but they all work together to put the patient in a condition of overall poor health.

Fortunately, when it comes to the pox on God’s house – the Body of Christ – the Great Physician has written us the prescription for a cure that’s one hundred per cent effective. All we have to do is be good patients and take our medicine exactly as prescribed.

Possibly the most foundational disease in women’s ministry is the simple fact that there’s a large contingent of “Christian” women who aren’t Christians – they’re false converts. Their hearts aren’t diseased or even failing; they have dead, lifeless hearts of stone. These women might think they’re Christians, look like Christians, tell you they’re Christians, and go through all the right, outward Christian motions, but because they have never truly repented of their sin and placed their faith in Christ for salvation, they are not genuinely regenerated, born again, new creatures in Christ, Christians. And people who are unregenerate exhibit the symptom of being unregenerate: they prefer sin to Christ. When there are unregenerate women in your church – and they’re in nearly every church – their symptomatology is going to affect the women’s ministry and the overall health of the Body.

A heart transplant via the proclamation of the rightly handled biblical gospel. We must make sure we don’t assume that just because someone attends church or says she’s a Christian, she’s been born again. We also can’t assume everyone knows the biblical gospel. The gospel has been so twisted and watered down in our culture that many people think they’re saved because they repeated a sinner’s prayer, got baptized, go to church, or are “good people.” Pastors must preach and teachers must teach the hard edges of the law, man’s guilt, God’s wrath, and eternal Hell so that they will know what they’re being saved from, as well as God’s grace, mercy, and forgiveness through Christ’s death, burial, and resurrection, so they will understand what they’re being saved to. Only those with new hearts of flesh can contribute to the spiritual health of the church.

Ezekiel 36:26: And I will give you a new heart, and a new spirit I will put within you. And I will remove the heart of stone from your flesh and give you a heart of flesh.

2 Corinthians 5:17: Therefore, if anyone is in Christ, he is a new creation. The old has passed away; behold, the new has come.  Continue reading