In this piece over at truthXchange, Dr. Peter Jones warns that more and more people are experiencing visions of divine light…encounters with various blissful and wrathful archetypal deities…communication with spirit guides and superhuman entities…contact with shamanic power animals…

Lions and tigers and bears, oh my!

“Christian, stay alert!” advises Dr. Jones for we are “moving as a culture into a deep intimacy with the occult: from simple online ‘courses’ to outright shamanism, to after-school Satan clubs, and to ‘spirit cooking,’ to name just a few.”

Speaking of the world of the occult, Dr. Jones reveals that Carl Jung, one of the most influential psychologists of modern times “was widely and incorrectly received in the Western church as the first ‘Christian’ psychologist.” Dr. Jones reveals that Jung “admitted in his personal diary that the occult was the essence of his theories.” What is more, Jung channeled a spirit guide, Philemon, who was “an old man with the horns of a bull and the wings of a bird,” who, said Jung “represented a force which was not myself.”

Learn more about the world in which we now live from occult authority Dr. Peter Jones… 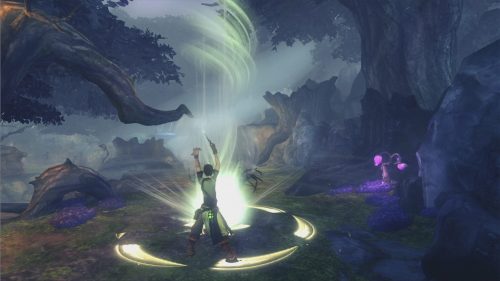 I just received an invitation to sign up for a teaching webinar offered by Jean Houston, a highly popular occult channeler and close friend of Hillary Clinton. Houston’s series is entitled: Unlock your Quantum Powers. Her terminology is arcane and mystifying. What are our “quantum powers”? Her explanation doesn’t help: “You are an organism in the universe of totality.” This is only a fancy, seductive way of describing what folks in the new spiritual circles call “being one with nature.” Houston gets even more spiritual when she invites participants into a “Partnership with the collective consciousness of the universe,” since we are “co-creators with the Universe.” She goes on: “This session will shift your beliefs about the Universe onto a much more potent and stable foundation so you can begin to transform your life in leaps and bounds…” Houston boasts that people from 53 countries have already signed up for the seminar.

In 1995, Jean Houston claimed that the ancient Egyptian myth of Isis (the occult goddess of the underworld) is the only way to save our declining Western culture. Her terminology has become more “hip” and more deliberately [?] obscure, but the message is the same—only direct connection with the powers of nature and with the underworld will save us.

Such invitations to “nature spirituality” are becoming more openly and boldly paranormal.

I receive some very strange things in my inbox, as you can imagine. The day after Jean Houston’s invitation arrived, I received an advertisement from Gabby Bernstein, an attractive, thirty-something on-line guru who proposes the same kind of do-it-yourself spirituality. Gabby offers apparently harmless programs like “How I Start My Day & Tone My Butt!” or “How to Melt Away Stress and Anxiety.” But, like others, she offers spiritual approaches that are unapologetically occult. In Bernstein’s new course, “How to Talk to Your Spirit-Guides,” she declares that we all have “entities, guides, ancestors, angels, beings of light, who support us and surround us.” You can contact these spirit beings via meditation, during which your hands will tingle and your spirit guide will direct your hand to write things you need to know, even in another hand-writing.

Don’t be mistaken. Our up-to-the-minute slick websites, fitness techniques and streaming videos are not progressive, but regressive, sucking us backwards to the dawn of time—to the practices of ancient animism, to communion with spirits and to the worship of ancestors. A friend of mine, a Kenyan Christian theologian, Dr. Yusufu Turaki speaks of African ancestor worship, and of “direct communication from the spirit beings,” which he observed first hand growing up. For a brief overview of his views, see his chapter “Techniques of African Pagan Spirituality” in On Global Wizardry, a compendium of a truthXchange Think Tank.  Continue reading

See our White Papers on Occult – Sorcery and the New Age

13 Responses to A Quantum Leap Into the Paranormal