Former Mars Hill pastor Rob Bell, who now has his own TV show on the Oprah channel, brought his “Everything is Spiritual” tour to Grand Rapids. During his one man show, Bell offered his convoluted version of the creation story, which of course has nothing to do with what the Bible teaches on creation. No surprise there, as long ago Bell rejected the inerrancy of Scripture and embraced the view of Christianity taught by Emergent Church apostates. During the show, Bell passed on this “truth” to his audience: “You are just a pile of dust and yet you can hope and dream and feel compassion and love. You are crammed full of something called spirit. You are an exotic cocktail of dust, soul, bone and spirit.”

MLive has the report: 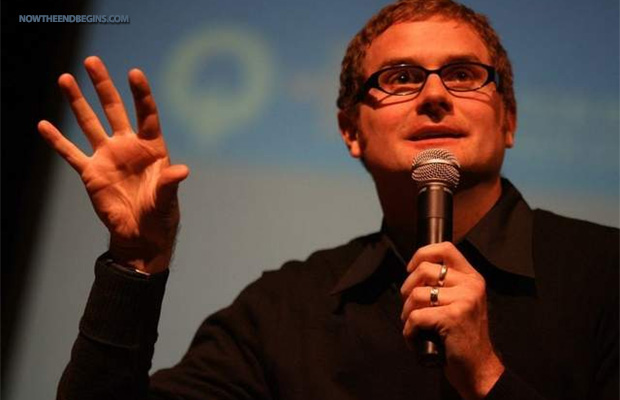 Now, the spiritual inertia of the universe tugs at humankind to sustain that pattern of evolution, Bell said Wednesday, July 29, at The Intersection in downtown Grand Rapids.

“What, my brothers and sisters, is pulling the whole thing forward into greater complexity and depth and unity and inclusion?” Bell asked. “The thing (Jesus) kept talking about was the ‘kingdom of God.’ This is what he was talking about.”

The founding pastor of Mars Hill Bible Church who moved to California three years ago, Bell came back to Grand Rapids to reprise an “Everything is Spiritual” speaking tour that he first did a decade ago. Talking about atoms rather than the biblical Adam, Bell gave a fast-paced, often comical sketch of the history of the universe, with frequent interjections of pop-culture references to music, movies and dancing Super Bowl sharks.

Dismissing secular and churchy viewpoints, Bell said humanity is hard-wired over billions of years of evolution to progress toward greater equality and unity.

“What those first Christians kept talking about was something called the body of Christ,” he said. “Whenever we move towards each other, it helps move the whole thing forward to an unimaginable future.

“What is the thing we are being invited to create?”  Continue reading

One Response to Rob Bell returns: His thoughts on creation, modern “Kingdom of God”