Posted By Marsha West on April 3, 2017 in Charismatic, Discernment
Share

Jordan Standrich has some thoughts on cessationism vs. continuationism to help us think through this challenging topic. “An important part of cessationism,” says Standridge “is God Himself and what He has done in history.”

In this piece over at The Cripplegate, Standrich offers three reasons to bolster his argument that God is a cessationist and not a continuationist. He writes: 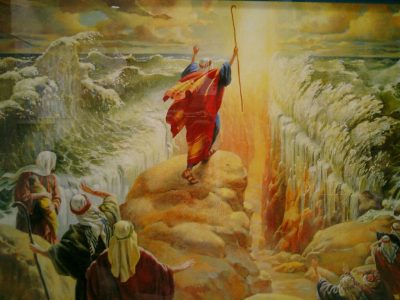 That was a sentence that a guy prayed over me as we were leaving a basketball camp I attended in high school. He said that sentence as he alternated between speaking in tongues and speaking in English. I wanted to say, “have you not seen me play this whole week? I’ll be lucky to start on my high school team this year!” That was the first time I was exposed to the modern version of the gift tongues. Over the years I’ve had a chance to attend quite a few pentecostal churches and events but it wasn’t until I got to seminary that I really started gaining interest in Charismatic theology.

Over the years my disdain for the “miracle workers” on tv grew as I heard of thousands of people in wheelchairs praying and hoping to be healed at Benny Hinn crusades, only to leave disappointed, questioning God and being told they simply didn’t have enough faith to be healed. These stories saddened me and made me want to make sure I understood what God said in his Word regarding the miraculous gifts. I’ve come to take the cessationist position. Immediately, one of the first things I noticed was that cessationists have been accused of limiting God.

Picture a box. Let’s call it the “can’t do miracles box.” Anyone placed inside this box, of course, can’t do miracles. For about a century now, many people in the church have accused those who would call themselves “cessationists” of putting God inside that box. Cessationists believe that God has ceased working in certain ways that He did previously. Namely, He limits the miraculous abilities that humans can do.  Whether it is the ability to be able to speak in unlearned languages as in Acts 2, heal a lame man as in Acts 3 or to be able to correctly predict the future as Agabus did in Acts 21, cessationists believe that God has ceased allowing human beings to perform these miraculous gifts.

In other words, cessationists believe that God–shortly after the death of John–put human beings back into the “can’t do miracles box” as He has for most of history.

Much ink has been spilled over this subject and I don’t think I will add anything to the conversation, but I thought it would be helpful to boil some thoughts down in a simple way. Of course this will not cover every aspect of cessationism, nor will it be comprehensive in its critique of continuationism, (just search cessationism in thecripplegate.com search bar if you want to study this subject further) but I hope it will at least give you a couple thoughts to help you as you think through this incredibly important topic. An important part of cessationism is God Himself and what He has done in history. So here are three reasons God is a cessationist.

Think about it for a second, who could do miracles in the Bible?

The first person that comes to mind is Jesus of course and the disciples. The other would be Elijah and of course Elisha after him. And finally, we have Moses, as well as Joshua with a miracle or two of his own. Can you think of anyone else? Anyone between Adam and Moses? Anyone between Moses and Elijah? Even one person between Elijah and Jesus? 6000 years at least of world history and only 200 years where people could do miracles?

It’s fascinating to think through this because it would seem like God is a cessationist himself.

Typically, man is inside the “can’t do miracles box” and only gets let out for about 60-70 years at a time only to be put back into the box for centuries. Let’s say that between Adam and Moses, there are about 2500 years of history, in this time there was no human being could do miracles. Then, for about 60 years, God allowed Moses and Joshua to be able to do a dozen or so miracles. Then, between Joshua and Elijah, there were about 500 years, and, again, for about 60 years God allowed Elijah and Elisha to be outside of the box and perform about a dozen miracles. So, for about 4000 years of Old Testament history, only four men were able to do miracles for a total of 120-140 years, and only a couple dozen miracles at that. Finally, 900 years after Elijah, God Himself came to earth and did an incredible number of miracles, and then allowed His disciples to do many miracles for about 60-70 years until the apostle John passed away. And for 2000 years of church history God only allowed a few miracle workers for a minor fraction of that time. And consistent with Bible history, the Lord put man back into the box where he belongs and took over the duties of lone miracle worker.  Continue reading

You Might Be a Pharisee If . . .
Leaving the NAR Church: Jack’s story

162 Responses to Three Reasons God is a Cessationist